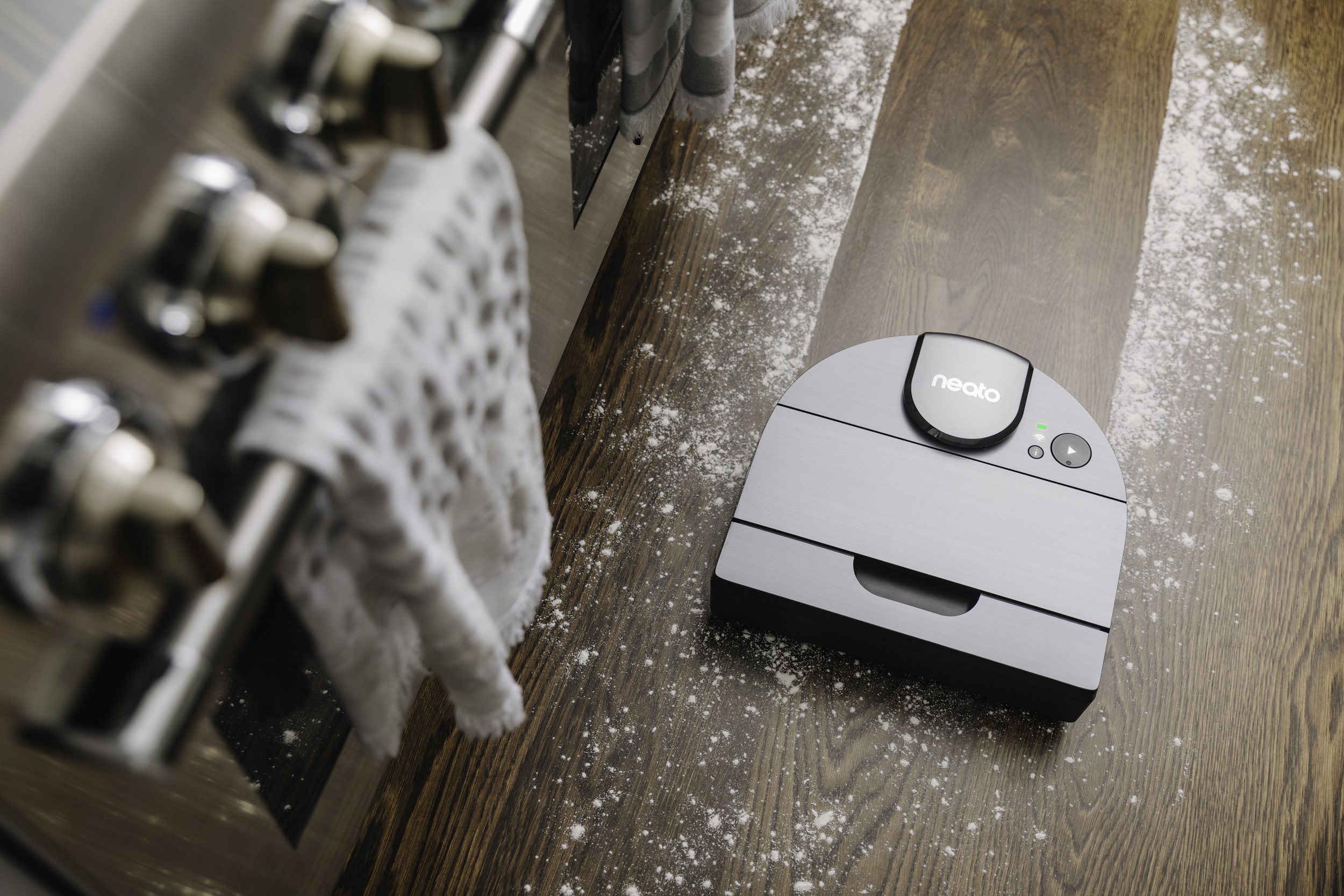 When you hear Thomas Nedder talk about Neato Robotics’ intelligent robotic vacuums, it is difficult to imagine them as artificial. He frequently refers to them as household companions, present to help you with the most mundane of tasks. Their intuitiveness emulates an endearing quality. Perhaps this is what drew a highly successful consumer electronics executive, like himself, to Neato, after spending most of his career in the high-tech world of semiconductors, electrical components, memory chips, sensors, and the like.

As CEO of Neato since September 2019, Nedder is focused on leveraging the company’s innovation and forward-thinking principles to further drive its leadership in the market.

It was Nedder’s experience with Japanese companies like Sharp and NEC that primed him for his position at Neato. And it was his tenure at Sony, where he was able to turn around an under-performing division in Germany within five years, that readied him to steer the Neato brand. But, more than anything, it is the shared desired to help people that has made the relationship with Neato a perfect fit.

“I wanted to create products that make people’s lives better,” Nedder notes. “I always worked with high-end products, but for me it was important to have the chance with Neato because it had so much of innovation. It was a great opportunity to bring my consumer electronics experience over and give Neato a clear, premium goal for the brand.

“Everything we do here is centered around our customers and the vision of making everyday lives easier. That is our goal.”

Growth Accelerates for the Robotics Market

The consumer robotics market is defined by GMI Research as “a branch of technology that deals with robots that can work in coordination with humans and can assist them with their daily routine tasks. These robots use sensors, actuators, and other interfaces to communicate with the physical surroundings. They are programmable machines and are available in autonomous or semi-autonomous forms.”

Research dictates that this market will grow more than 30 percent from now until 2027—a fact that is not lost on Neato’s CEO.

“In 2020, the market size was two billion and in 2025 it will be 6.5 billion,” reports Nedder. “The number of units is increasing as well as the average sales price. As consumers gain more trust in the product, and people see the performance, they are willing to pay more. That is something we are centered on.

“We want to create products based on a need, but we want to fulfill more than that,” he explains. “We are a company that has been first to the market with a lot of features.”

The features of the Neato robotic vacuums — eight generations have been released in its “D” series since 2010 — include conforming to its namesake’s “D” shape, unlike most competitors. This allows it to leave no corner untouched (unless, of course, the owner instructs it to). It has a Spiral Combo Brush that’s up to 70 percent bigger than round robots. It also includes a dirt bin that is 0.7 liters.

Nedder reports that Neato was the first to come to the market with LiDAR laser technology, to rival photo mapping of rooms. Using a laser technology eliminates the need to take actual photos of your home to be “saved” in the cloud. The laser also allows the vacuum to perform in total darkness.

But the standout feature of the company’s flagship product, the D10, is its HEPA filter, which captures 99.97 percent of allergens and dust particles — anything larger than .3 microns. With a run time of 250 minutes, the D10 is “far beyond others on the market,” Nedder notes.

With the MyNeato app, homeowners can name their robot; remote start; schedule cleanings (the first of which is the “mapping” stage); and also set “no-go” zones to avoid while cleaning. The vacuums also can be connected to Google Home, Siri and Amazon Alexa.

The performance of the D7 was highlighted by Germany’s consumer organization Stiftung Warentest, which strictly investigates goods and services. The company measures products based on usefulness, functionality and environmental impact as well as consumer education. The organization recognized Neato’s D7 robot in its listing of best of products.

Nedder says he is honored to have had the product acknowledged by such a prestigious organization and believes the D7 made this list because of its superior cleaning ability as well as its unique design.

“Neato has a smart algorithm,” Nedder explains. “It allows us to clean rooms efficiently with an accurate percentage of coverage in a shorter period of time.”

These features led to yet another distinction. The aforementioned D10 was listed in the Top Ten Technik 2020, released this past September. This organization spotlights the “hottest technology highlights of the year” as decided upon by the Bundesverband Technik des Einzelhandels (BVT), along with “trading entrepreneurs from the consumer electronics, mobile/telecommunications, information technology, PC/multimedia, photo/imaging, electrical household appliances, kitchens and lighting industries.”

Dedication to the ‘Customer Journey’

Nedder is deeply entrenched in what he calls “the customer journey.”

“We have been studying customers and their pain points and have developed a clear strategy for what the product should be like when you see it for the first time, typically on social media; when you buy it, whether it is online or store; and when you unbox it and connect it to your home.”

From researching, purchasing, unboxing, to setup and use, the foundation is ease of use. And far beyond that, the customer service is 24/7 with a Neato hotline for users.

“The human-robot interface is key for the future,” Nedder noted. “It was important for us to establish trust in this emerging technology. We have come a long way.”

The market is growing, but household penetration of robotics is still relatively low, at below 10 percent, Nedder explains. He is confident this will rise in the coming years, as research predicts. And the retail chain will become increasingly important.

“It is important for us to support our retail partners because products like ours with price tags over $500 are not spontaneous purchases. These are products that people [research], and want to get a final touch and recommendation.

“For us, the aesthetics of products also has become a very important factor. A Neato product enriches your home and should fit into your lifestyle. It is more of a piece of art that can perform an excellent task.”

Gadgets, TVs and More You Need to Know from CEDIA 2022