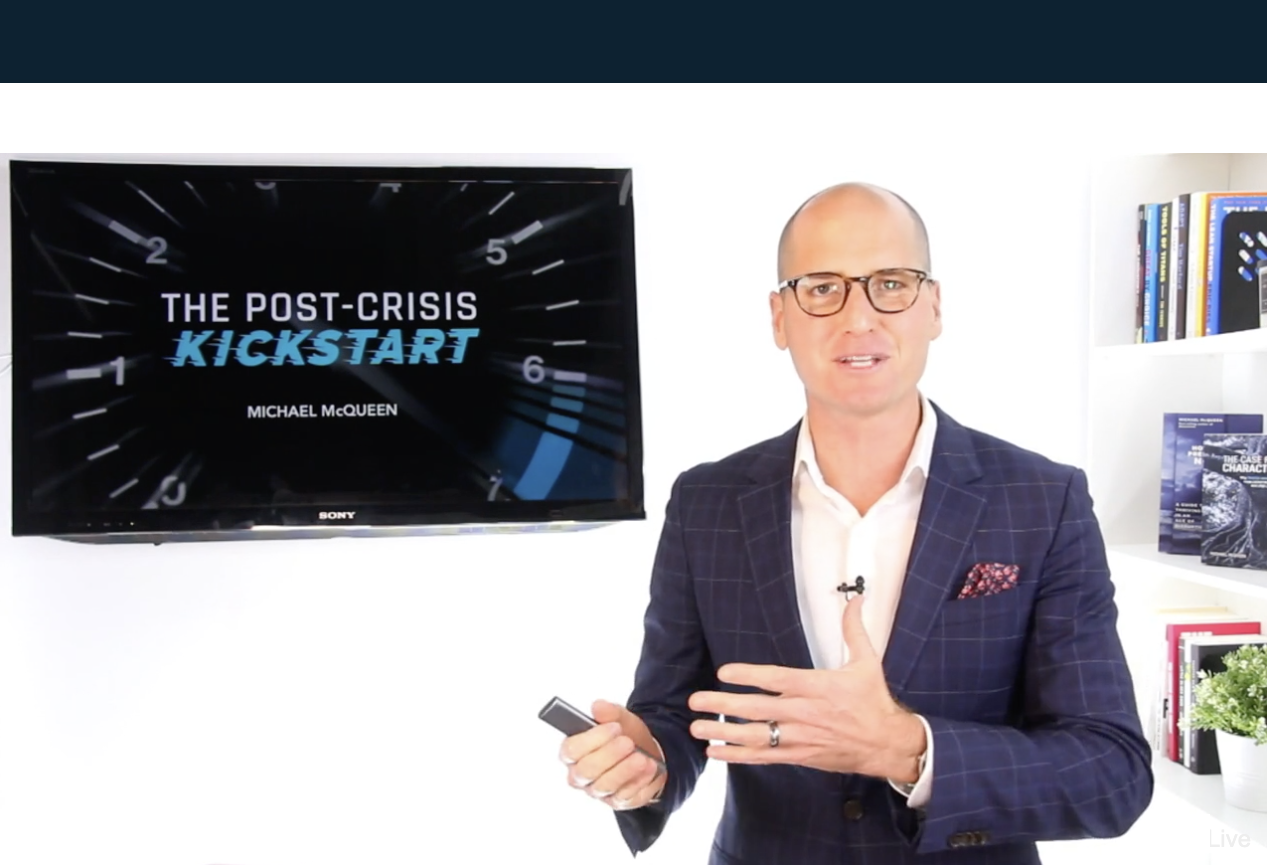 Trends forecaster Michael McQueen, in his Synchrony-sponsored “Post-Crisis Kickstart” presentation to Nationwide Virtual PrimeTime attendees March 17, offered the buying group retail members some powerful advice about turning adversity into opportunity – particularly germane in wake of what has perhaps been the most disruptive year ever for their businesses.

“You need to respond to disruption in a brilliant way,” he told viewers, pointing to behavioral changes forced by COVID leading to the rise in adoption of remote shopping in the last 12 months among three in four consumers. He added that the trend is expected to endure, with seven in 10 consumers likely sticking to that way of making purchases in the post-pandemic period.

How to respond, McQueen said, is to view these changes by looking past their generalized impact and being ready to take note of and relate to segmented groups of consumers by meeting them on their own terms.

As an example, millennials don’t respond to emails as frequently as Baby Boomers, but rather favor social media as a communication method. And Gen-Z shoppers – a demographic McQueen said comprises “your future customers” – need to be related to in a completely different way. He noted that they hold $143 billion in spending clout and also have the power to sway their parents’ buying habits; they listen to social influencers, and they are passionate about issues such as sustainability. The best way to reach them, he added, is “to market through them, not to them.”

Of all the points McQueen drove home to his audience, perhaps the most salient was when he encouraged Nationwide members to “think revolution, not evolution” – which entails “rethinking your assumptions, and those about your customers…

“These 12 months have been a catalyst for revolution,” he said. “Sticking with the way things have been won’t work. Don’t miss the opportunity to be revolutionary.”

Tech Up For Women Emphasizes Diversity As the Key to Growth

Microsoft Elevates the 2-in-1 Game With New Surface Devices

Why the Modern Smart Home Is No Longer a ‘Jetsons’ Fantasy