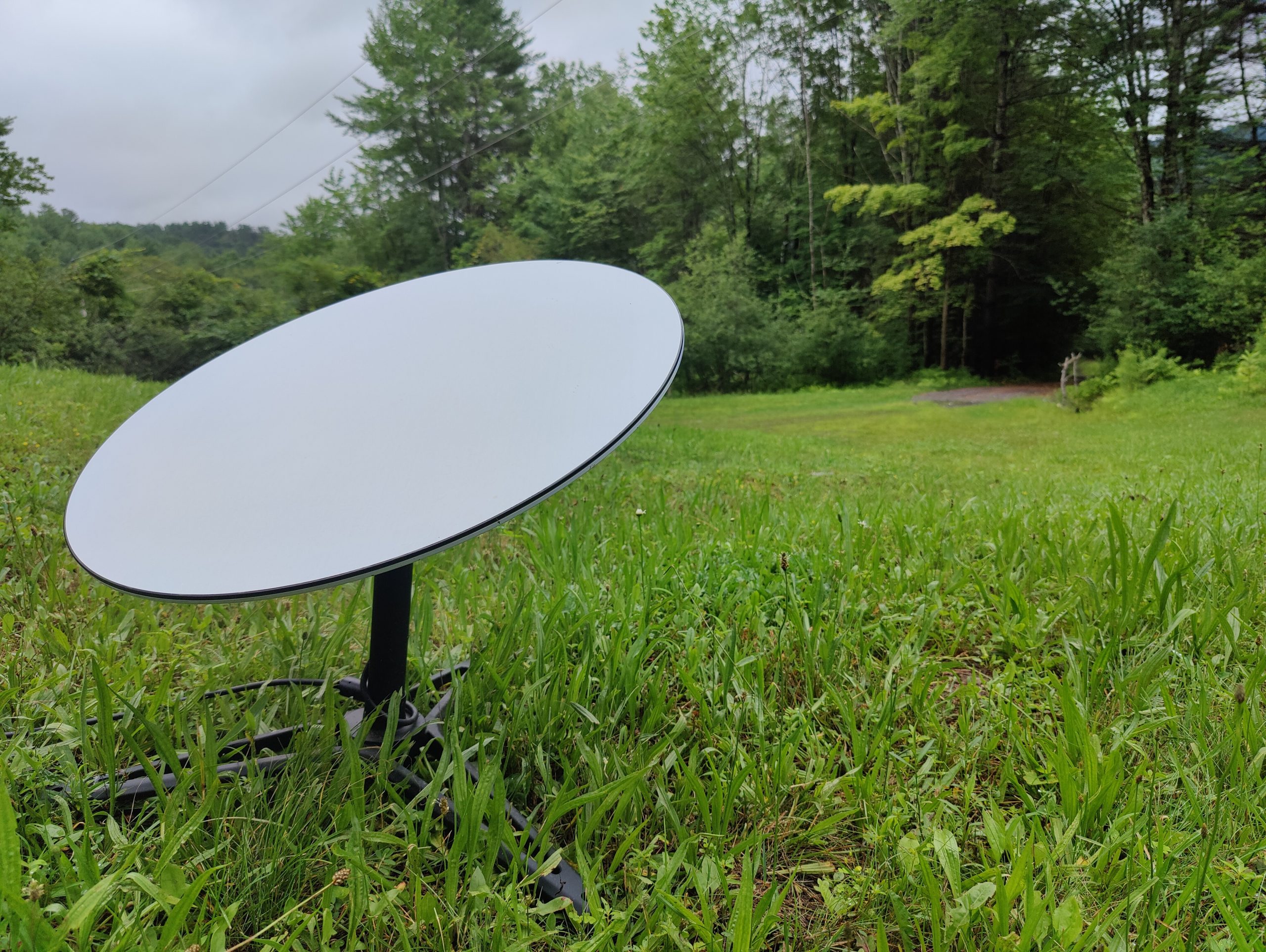 While Jeff Bezos and Richard Branson have been rocketing themselves into space, Elon Musk has been working on another space race. Launching thousands of satellites into orbit, Musk’s SpaceX is the first company to build out a low-earth-orbit high-speed Internet service dubbed Starlink. Intended to bring broadband to underserved rural areas, Starlink could potentially cover the globe.

However, after several months of testing, we’ve found that Musk’s service has more than a few kinks that still need to be straightened out.

Underscored by urbanites’ flight to the country during the pandemic, rural Internet access is lacking in many areas. Reaching individual homes miles from populated areas with cable or fiber-optic lines is economically impractical, and cell towers are too few and far between for high-speed wireless. Enter the idea of low-earth-orbiting satellites.

The Starlink plan is to use a constellation of thousands of satellites to deliver Internet service to remote areas at speeds of 300 Mbps or better. Unlike a HughesNet or DirecTV satellite, these are not geosynchronous or geostationary satellites, which typically sit in one spot about 22,000 miles above the planet. Starlink’s smaller satellites are not stationary and travel at about 340 miles above the Earth, substantially reducing the signal delay or latency.

Getting customers connected is still expensive. The Starlink package costs $499 for the satellite dish and a Wi-Fi router. Shipping and taxes put the initial total at $581.94 for our system. The service is also steep: $99 a month for unlimited Internet access.

On the other hand, the Starlink system is simple to set up. Push the dish’s pole into a supplied tripod, find an open piece of sky to aim at, string the cable to the included Wi-Fi router, and turn it on. The dish is motorized to make aiming adjustments, and heated to keep the snow off.

Whereas TV satellites require dishes in North America to be aimed at the southern sky, Starlink’s sats are currently clustered around the 49th Parallel, so its dishes have to look toward the northern sky and require an unobstructed view. That issue is made more problematic by the fact that the dish is restricted by an attached 100-foot cable, a length that will prove to be too short for many rural installations.

Faster, With a Few Caveats

After months of hands-on testing as part of Starlink’s beta program, we found the technology delivers much faster speeds than rural DSL or traditional satellite service. We typically hit top download speeds of 200 Mbps and upload rates of about 40 Mbps. That’s hundreds of times faster than the 1.5 Mbps DSL connection in the same test location.

Unfortunately, Starlink suffers from millisecond dropouts, which kills video call services dead. Over countless Facetime, Skype, WebEx, and Zoom tests, calls would begin with broadband picture clarity, but within minutes, the Starlink dropouts would freeze the call. So while the service in its current form is fine for Web surfing and streaming 4K movies, which can be buffered, Starlink is not adequate for high-speed synchronous services like making video calls.

Starlink recently acknowledged some of these issues in a newsletter to subscribers. The company says as more satellites are sent aloft, reliability will improve. It also plans to fix its software so that the earth-based dishes can seamlessly switch to a different satellite in the event of a service interruption.

The low-earth-orbiting technology still has lots of promise, so understandably there’s a lot of competition building in the Internet satellite space race. Amazon, for example, has plans for a similar service it calls Project Kuiper to deliver rural Internet access. Canadian firm Telesat has plans to bring similar services to maritime customers, and OneWeb in the U.K. wants to reach customers in the Arctic by the end of the year. And not to be left behind, the two Chinese companies, Hongyun and Galaxy Space, have their own low-earth-orbit initiatives.

As of July, Starlink had roughly 2,000 satellites circling the globe. SpaceX’s Falcon 9 rocket can put up 60 at a time, but it will take thousands more to deliver complete service. The company has FCC approval to put 12,000 satellites in orbit and applied recently to put up 30,000 more. In the meantime, Elon Musk has tweeted promises of 300 Mbps speeds and that the service may go live as early as August. Whether Starlink can cure its hiccups before then remains to be seen.

How to Create a Sustainable Path to Smart Home Growth

Energy Management and the Role of Utilities

Your Own Private Smart Retirement Home