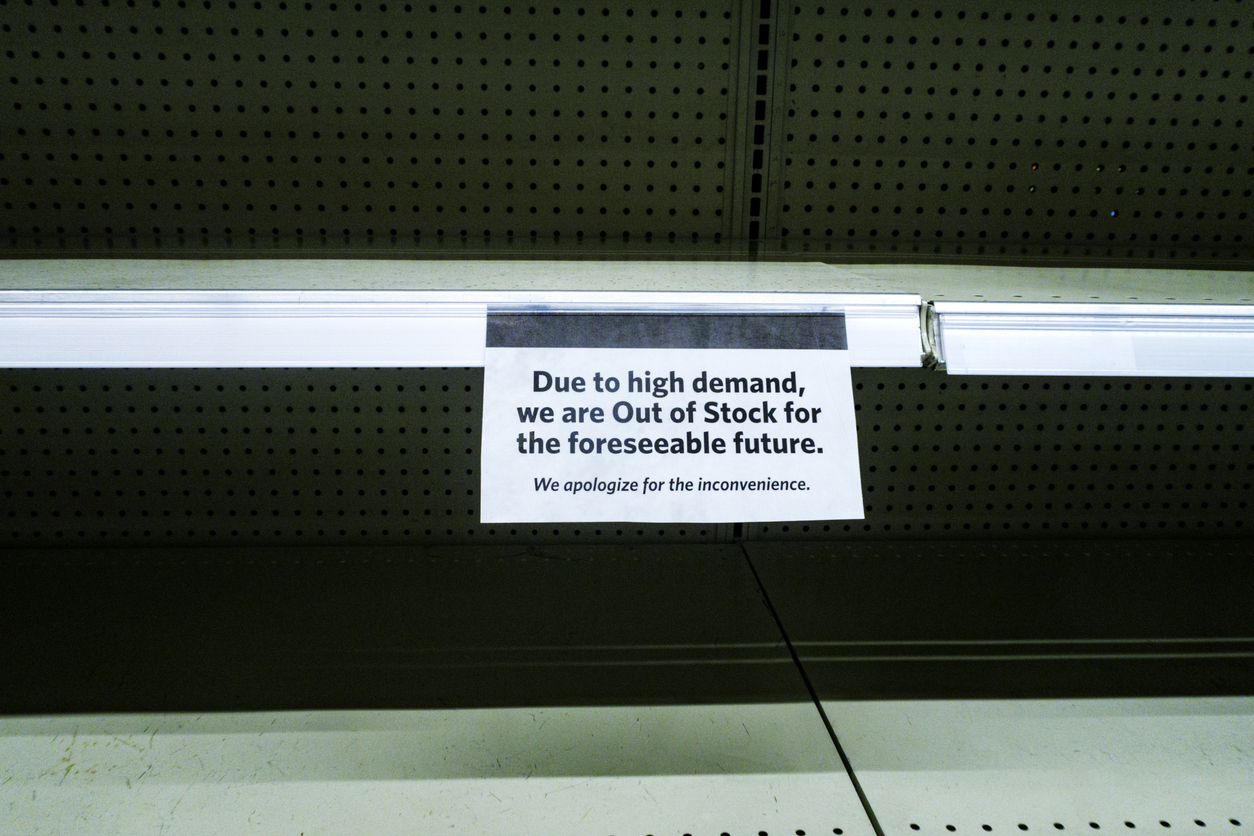 THE DAILY SCOPE (11/9/2021): According to the Adobe Digital Economy Index, which analyzes a variety of online shopping data, out-of-stock messages have risen 250 percent since January 2020, just before the pandemic went global, and up 325 percent since October 2019. And not surprisingly in a supply chain slowdown partially caused by chip shortages, the number one category for out-of-stock messages is electronics. As a result, discounts are smaller, with just 8.7 percent of electronics on sale in some way versus 13.2 percent last October, though interestingly, there is a slight rise in discounts on computers this year (12.4 percent) versus last year (11.9 percent). The most popular products in terms of sales skew heavily towards gaming products, including the Oculus Quest 2, PlayStation 5, Nintendo Switch, and Xbox Series S, but many of the usual categories are also up there, including TVs, laptops, streaming devices, and air fryers.

Among the solutions touted for the inventory shortages is product alternatives, but the Wall St Journal reports that this isn’t going over so well with some consumers, especially those gifting gaming consoles, which are more specific in terms of fan loyalty. Even so, purchases of gift cards are up 20 percent, according to Adobe, so shoppers aren’t leaving stores entirely empty-handed.

In other good news that retailers must brace for: 94 percent of shoppers surveyed by Shopify said they were planning to buy gifts online on both Black Friday and Cyber Monday, while 65 percent said they’d be shopping in-store. How to capture the younger end of those shoppers to your online ecommerce site or curbside pickup? Double down on your social media: In its annual holiday survey, McKinsey found that 87 percent of surveyed Gen Z shoppers would be looking for gift ideas on YouTube, Instagram, and TikTok.

Peloton Is Making a $495 Smart Camera for Strength Training

Bed, Bath, & Beyond and Kroger Team Up for Omnichannel Venture

Will Omicron Keep Shopping Travelers Out of Stores?

How Digital NFT Art Transforms the Television Use Case

Leveling Up at the Fifth Annual Tech Up For Women Conference

Will Omicron Keep Shopping Travelers Out of Stores?