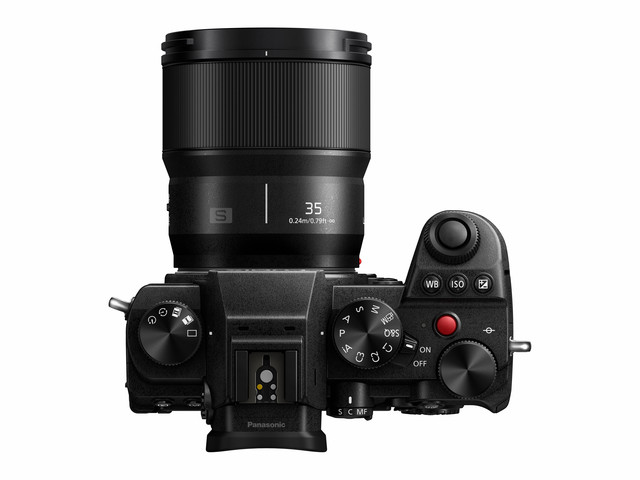 Panasonic has introduced a new lens to the LUMIX S series, the 35mm wide-angle lens featuring an F1.8 aperture. Whether it’s a landscape, portrait, or video recording, the shots and video the 35mm lens can produce are of amazing quality.

Trying to get up close for a photo? You can get as close as 0.24m to take pictures; focus breathing is suppressed so you can zoom in while recording and the subject will remain in focus. When changing the aperture to get more light exposure when recording video, you can count on the micro-step aperture control to make the change look smooth. As a result, the shift from dark to light happen gradually instead of suddenly to keep a neat and professional look when viewing the footage.

The new lens has a lightweight and compact design, making it travel- and gimbal-friendly. The center of gravity on the 35mm is similar to the other three lenses (24mm, 50mm, 85mm) in the series, so when the camera is on a gimbal, it will only need little to no readjustment during lens changes. This is a big timesaver for gimbal users because readjusting the balance for different lenses can become a problem if not done correctly.

But that’s not all Panasonic had for its consumers because a new update for the LUMIX GH5 II will be released on November 29th at 8 pm EST. The Version 1.1 update is to enhance performance and usability and will be available through the LUMIX Global Customer Support website. This update will allow GH5 II owners to be able to support live streaming in 4k through a wired USB or LAN which is useful for indoor or outdoor events. Multiple cameras and power zoom lenses can now be controlled through the LUMIX Tether PC software. For the Focus Ring Control 720° and 1080° have been added to the list of options. This is a big update because the highest option was 360° and this affects the amount of turning needed to be done on the focus ring to change focus between objects. The higher the degree the slower the shift of focus is when you turn the ring and this gives users more control over how quickly they can change focus between objects in the frame. Lastly, the previous issue with the camera freezing when transferring files to a PC through Wi-Fi has been fixed and users can transfer files without any issues.