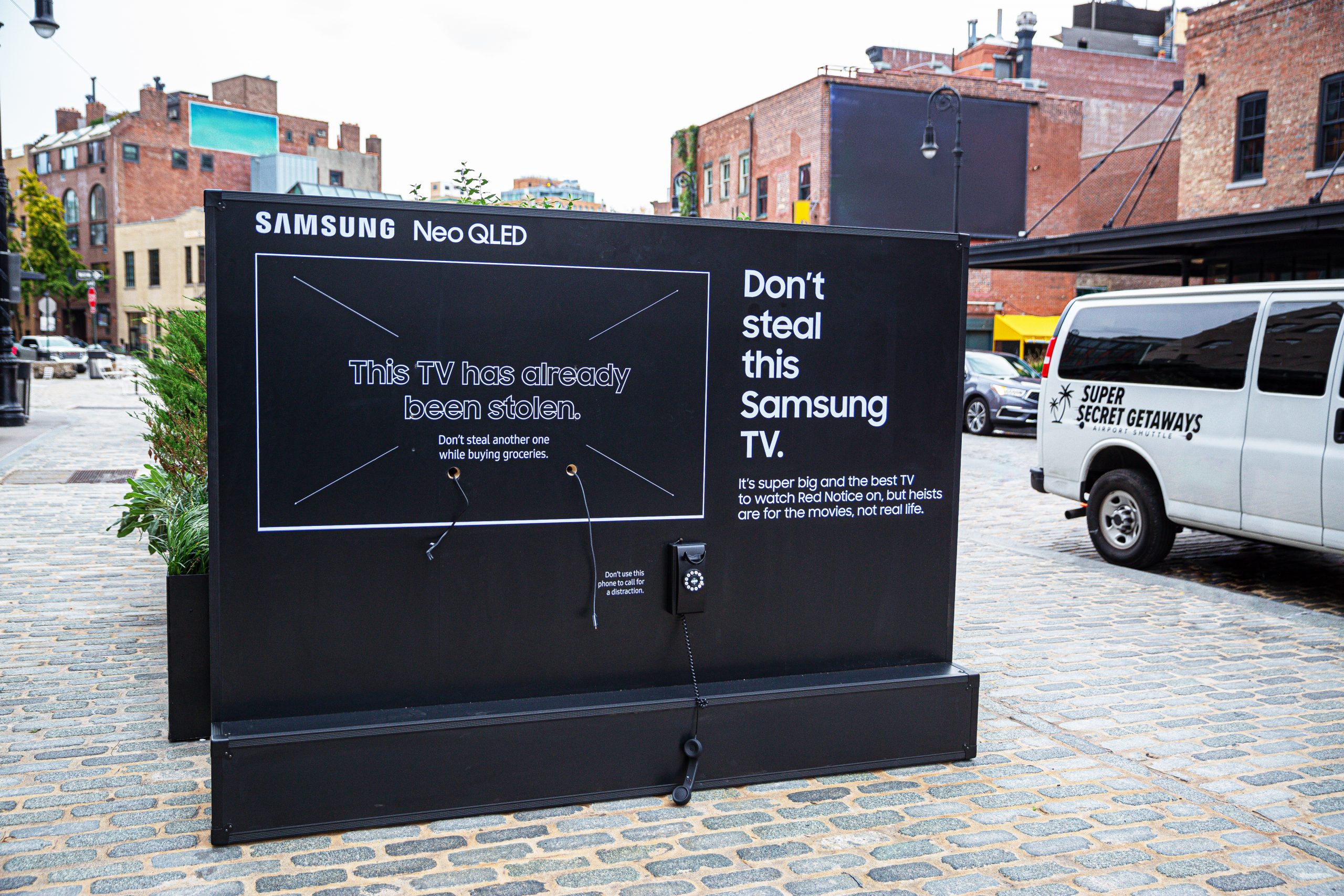 Samsung and Netflix have teamed up to promote the heist movie, Red Notice. Being stuck at home, people are watching movies instead of going to the theaters. The 85-inch Samsung Neo QLED TV is perfect for streaming movies in up to 8K definition, so in celebration of the movie’s release on Netflix, the two companies thought of an interesting way to celebrate. In Red Notice, an FBI agent in pursuit of the world’s most wanted art thief becomes his reluctant partner in crime to catch an elusive crook who’s always one step ahead. So the marketing teams from both companies came up with an idea to give fans the chance to pull their own heist. Well, almost.

The special marketing stunt hasn’t been done before.  Samsung has planted Neo QLED TVs, completely unguarded, in front of select stores and cultural institutions nationwide. The TVs have signs next to them that read “Don’t steal this Samsung TV, heists are for movies, not real life.” However, any participants who can pull off a successful heist and take the TVs from these locations will be given a new Neo QLED 4K TV. This promotion will be running from now until the end of November.

When asked if the event is for real or staged, the companies answered: “For real, we’re telling fans not to steal these TVs. What happens after that is anyone’s guess.” So, proceed at your own risk? At the very least, consumers might keep an eye out for these TVs so they get the chance to see the impressive 8K display in all its glory. They just shouldn’t be surprised if the TV is missing by the time they get there.