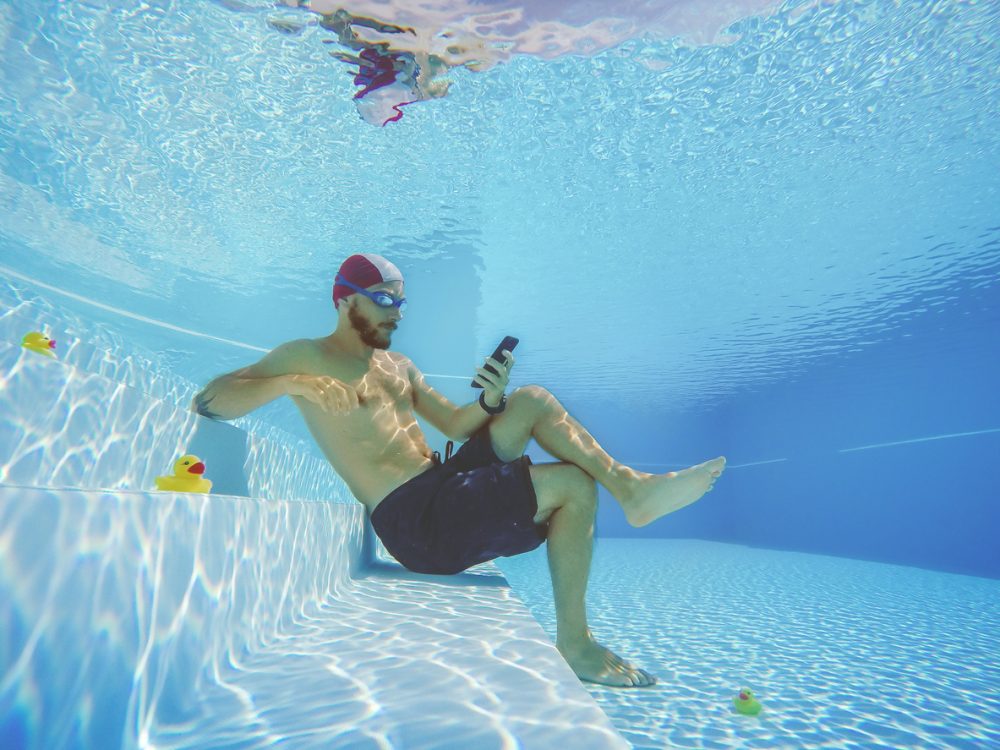 It’s mid-January and now that CES 2022 is over, I finally have the mental space to start acting on my  New Year’s resolutions. Given that technology is such a part of everyone’s day-to-day these days – not to mention an integral part of this job – it wasn’t’ that hard to come up with a list of resolutions specifically around consumer tech. I have a good half-dozen or so of these, but can’t stop thinking and strategizing about one in particular: Getting my smartphone usage under control.

Though for many years I loved my share of Motorola Razrs, T-Mobile Sidekicks, Nokia N95s, and BlackBerrys, I’ve been an evangelist for smartphones and apps ever since waiting in line for the very first iPhone in 2007. Until recently, I jumped with joy as I tested out each new location-based social media app that launched at SXSW Interactive a decade or so ago. That conference was a hothouse for trying out beta versions of new social media apps, and I still remember laughing the first time that a work colleague stopped in the middle of a conversation we were having in 2011 to update a post on his phone. (Little did I know that this behavior would soon become the norm and the scourge of most social interactions these days.) I was all-in on personalization, facial recognition, location-based features, and notifications, to name just a few mobile-era innovations.

However, as is the case with many screen-fatigued people these days, I am finding that the last half-decade of algorithmically targeted ads, posts, and updates, not to mention all-too-easy access to bottomless screen refreshes, has taken a toll on my productivity, moods, attention, manners, and sleep. Similar to my lifelong efforts to meditate every morning or get to the gym daily, setting consistent boundaries around smartphone usage remains a challenge. While I’m no nomophobe — that is, someone who suffers from nomophobia, which is the fear of being without their cell phone — I do treat my smartphone like it’s a bonafide appendage. (Incidentally, “nomophobia” was the third most-searched-for tech ailment in the period from October 2019 until now, according to a recent study by medical data management firm Harmony Healthcare IT.)

There are, of course, many books, articles, and strategies out that offer specific solutions to reducing mobile usage, everything from weekly digital fasts to putting your phone in another room before going to bed, but one approach I am implementing comes from brain and memory coach Jim Kwik (jimkwik.com). Kwik has authored several books on productivity and hosts the weekly KwikBrain podcast. Essentially, Kwik’s strategy is to simply not touch your phone for the first hour of the day.

“When you first wake up, your brain is open,” Kwik said when I spoke to him at a pre-pandemic Worldz Summit in 2019. “[Turning on your phone] retrains your brain to be distracted. You are training distraction muscles as opposed to focus muscles. You are also retraining your brain to reacting, and you can’t build a quality life if you are reacting to things.” His words have often stuck with me when I all-too-often reach for my phone as soon as I wake up to check my email.

Instead of grabbing your phone first thing every morning, Kwik suggests the following routine: As soon as you wake up, write three things you want to accomplish personally and three things you want to accomplish professionally. Then, don’t touch your phone until you finish at least one of those things from each list. “The first hour of the day is the most creative for most people,” he said. “You want to limit the input, because the focus is output.”

It’s a neat strategy that I implemented just this week – so far it’s not too hard and is actually helping me start my day with a quick meditation instead of a screen scroll, which may in and of itself be worth the price of admission. I hope to continue it all year, not just to be more productive, but also to be more creative and generate great new ideas in 2022. After all, new ideas are what the technology business is all about.

Self Care with Audio Wellness Tech

Putting the BowFlex SelectTech 552 Dumbbells to the Test

The Joy in Putting Down the Phone

Gaming in Style: A Look at the Popular Spaces Designed for...

Gaming in Style: A Look at the Popular Spaces Designed for...