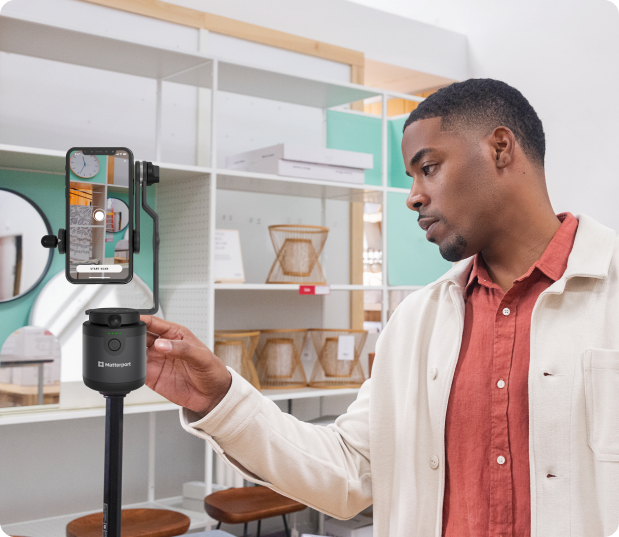 Matterport specializes in 3D cameras and virtual tours. The company aims to make virtual reality (VR) more accessible to consumers, and its new product — the newly-released Matterport Axis phone mount — could indeed make VR easier to enter than ever before. The device works with the Matterport app to capture a “spherical rendering of one’s surroundings from any spot you choose”, as reported by Digital Camera World.

Once the phone mount has captured a scene, Matterport assembles a full virtual reality environment. This new VR experience can be accessed through an internet browser by sharing a link.

The company recommends that users make a series of “captures”, so that visitors can explore and navigate the virtual environment. This technology could be very useful in the world of real estate, and has already been used for tours of Warwick Castle, a medieval building in the United Kingdom.

“Matterport’s hosted VR system is aimed both at professional real estate vendors and owners of tourist attractions”, reported Digital Camera World. The exciting new technology offers users to set up virtual reality experiences “unlike ever before”, giving potential visitors a potential taste before they visit an attraction or property.

The Matterport Axis is available directly from Matterport, and will also be available at Adorama and B&H for $79.