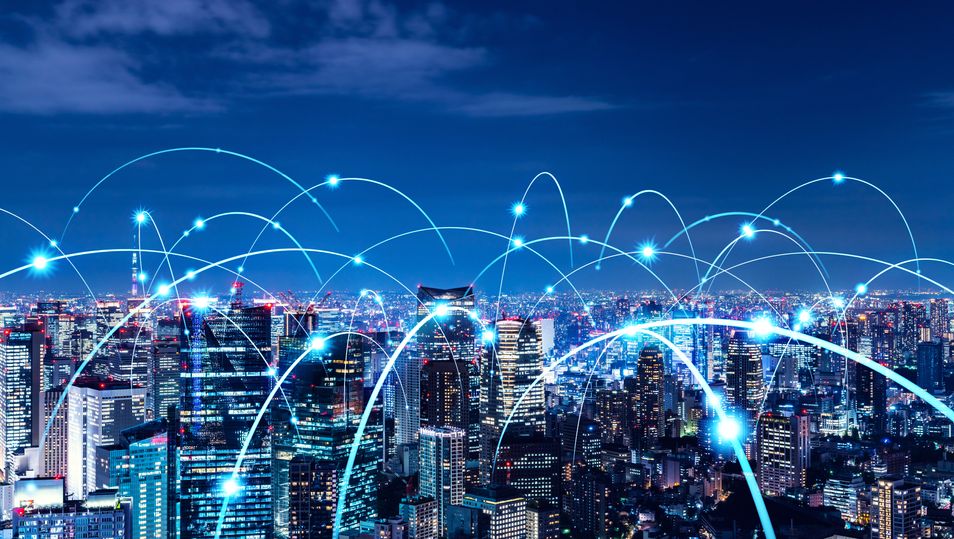 The way wireless carriers touted it, 5G was going to catapult us out of the digital stone age into a renaissance era of virtual reality experiences, gaming on the go, and a veritable revolution in new services and entertainment. That hasn’t happened, and 5G wireless service is still a confusing mixture of features, standards, and still-to-come products.

So what do you tell consumers overwhelmed by the 5G din?

“We’re past the 5G novelty phase,” says Ross Rubin, founder and principal analyst at Reticle Research. “With practically all new phones supporting 5G, it has become less of a differentiating feature.”

Furthermore, upgrading to the faster 5G services is one reason worldwide smartphone sales grew six percent last year — even though component shortages and supply-chain issues disrupted smartphone sales in the second half of 2021. The silver lining: Analysts say because of such disruptions, there’s increased demand this year for 5G phones.

All this is happening without the impetus of a killer app that needs higher data speeds, analysts acknowledge. Although the company formerly known as Facebook is promising to step into the world of virtual reality and augmented reality with its metaverse, such products and services are very much in their infancy. So how should retailers approach the new wireless 5G standard?

“Retailers still have a role to play in helping consumers understand the benefits and setting the expectations,” says Rubin.

“All high-end smartphone launches have been 5G,” points out Jeff Moore, principal at Wave7 Research. “At the low end, it’s still a mix, with some phones still only having 4G.” So there’s plenty for retailers to sort out for customers by answering a variety of questions about 5G.

How much faster is 5G, and whose network is best?

5G or fifth-generation networks actually involve three different wireless spectrums and use a variety of techniques to boost data speeds, including employing wider channels to increase the amount of data transmitted, lower-latency techniques so there are reduced delays in responses, and the ability to connect more devices, such as smart city sensors and connected cars. Not all of these technologies have been deployed everywhere — or even in very many places. So average 5G speeds, while faster than existing 4G speeds, still have a distance to go. AT&T’s and Verizon’s average 5G speeds, for example, come in at about 50Mbps in many test, whereas T-Mobile’s more extensive 5G network delivers an average of 150Mbps in tests.

What is millimeter-wave 5G?

Millimeter-wave 5G derives its name from the fact that it uses frequencies in the much higher 20-to-100-GHz range. It’s the first time such frequencies have been used for cell phones, and while they can deliver speeds over 3Gpbs on, say, Verizon’s “ultra wideband” network, it has very limited availability — less than three percent of some networks. “For phones that support millimeter-wave tech, it’s more of an opportunity to participate in special experiences at venues such as sports arenas,” says Rubin. “So they just need to understand that they can access significantly faster cellular service — but within a more limited area.”

“A big trend for 2022 is the launch of phones with C-band 5G,” says Moore. The newest spectrum to join the 5G arsenal are C-band networks, which are primarily from AT&T and Verizon in the U.S. using the 3.7-to-3.8-GHz portion of the radio spectrum. C-band created a stir because the FAA complained it was too close to frequencies used by older altimeters in some airplanes. However, those issues have been largely resolved. But to be take advantage of C-band, there are still only a few compatible phones, including Apple’s iPhone 13, Samsung’s Galaxy S22, and Google’s Pixel 6.

What about fixed-wireless 5G Internet service?

Fixed-wireless 5G home Internet service is touted as an alternative to cable. The primary fixed 5G services now available are T-Mobile’s Home Internet, with average download speeds of around 100Mbps, and Verizon’s 5G Internet service, with average download speeds of around 300Mbps. There are no data caps, and the basic services cost $50 a month, with no equipment fees. But this is still a very nascent market. “While coverage is growing, it’s only a fraction of the U.S. population that has access,” says Rubin.