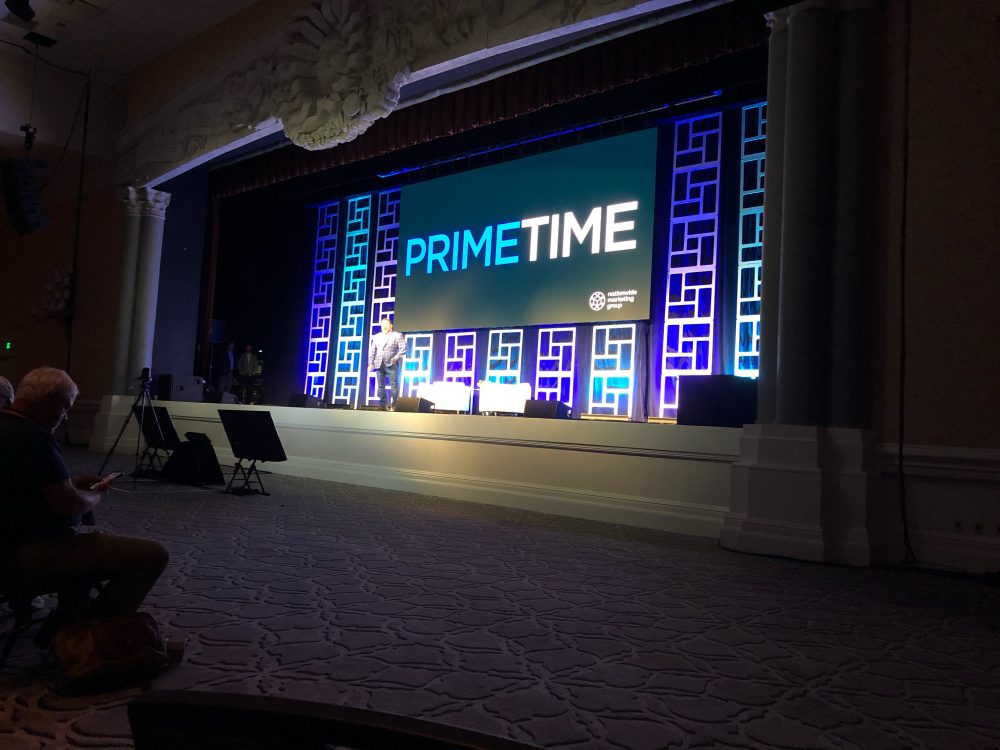 Nationwide’s PrimeTime event at the Gaylord Palms Convention Center kicked off today with an hour-long keynote address, which laid out two of the event’s key themes: adaptation and evolution. The talk featured macroeconomic analysis from Wells Fargo economist Charlie Dougherty, a compelling story of commercial longevity from the century-old independent retailer Silica For Your Home and, of course, remarks from Nationwide President and Chief Member Advocate Tom Hickman.

Undoubtedly, the current national economic situation with interest rate hikes, supply chain issues and inflation is in a period of extreme uncertainty. Hickman approached that uncertainty with optimism and frankness, saying, “We’re entering a new season. And candidly, I don’t know what it’s going to look like. ”

Enter Wells Fargo Economist Charlie Dougherty, who took to the stage to help bring more clarity to the national economic situation and what retailers can expect in the coming months and years. According to Dougherty, the ‘changing of the seasons’ traces back to a shift in consumer buying patterns.

“Now that COVID risks appear to be diminishing. We’re getting back to normal,” says Dougherty. “The spending that we’re seeing is shifting back from consumer durables (such as Laptops and TVs) back towards services such as going out to going on vacation -all of the normal things that we were doing in 2019.”

In terms of setting expectations, Dougherty discussed the strong likelihood that the Fed will hike interest rates another 2-3 times over the next six to eight months. He told the crowd: “We expect interest rates will probably go up even more until inflation shows signs of materially slowing down. What you want to see is inflation in the two to three percent range. Right now it’s above eight percent.” He went on to say, “It’s more likely than not that we will head into mild downturn probably at the start of 2023. But it should be relatively short-lived.”

From here, the keynote pivoted toward the strategies retailers can employ to succeed in the new market. Aaron Bundschuh, Chief Digital and Technology Officer at Nationwide Marketing Group, highlighted the need for retailers to do everything in their power to increase the average ticket value of each consumer to help combat decreased foot traffic. He pointed to consumer financing programs as a means of keeping consumers active and engaged in the buying process despite on average having less disposable income.

Bundschuh also urged independent retailers to highlight their unique stories and business histories saying “the Independent story is so much better than a big-box story.”

Mixed in with the retail strategies and macroeconomic analysis was a friendly reminder of the impressive resiliency of the independent retail community, which was shown through a celebration of Wisconsin-based Silica For Your Home’s 100-year anniversary. After a brief video diagraming the company’s legacy that stretches back four generations through the great depression, Silica For Your Home president Tom Schneider shared a message for the vendors in attendance: “These retailers are some of the craftiest business people you’re ever going to meet and they have by far the best stories in their communities.”

The keynote concluded with Tom Hickman asking all the attendees to stand up and sit down only when he called out the number of years each retailer had been in existence. The vast majority of the thousands-strong audience remained standing at forty-plus years but by the time he reached 100 years only a select handful remained. Those still standing received whooping applause from the audience and were a great reminder that it takes adaptation and evolution to succeed in the retail industry.

Lastly, Hickman discussed the importance of Nationwide’s work with No Child Hungry, a local charity that provides meals to kids from all over the globe. Since 2018, it has become a tradition for attendees of Nationwide PrimeTime to park themselves at one of the many tables in an auxiliary conference room and pack meals. What started with 50,000 meals back in 2018 has ballooned to a whopping 1.95 million meals and the hope is to surpass the 2 million mark before PrimeTime ends on August 16.