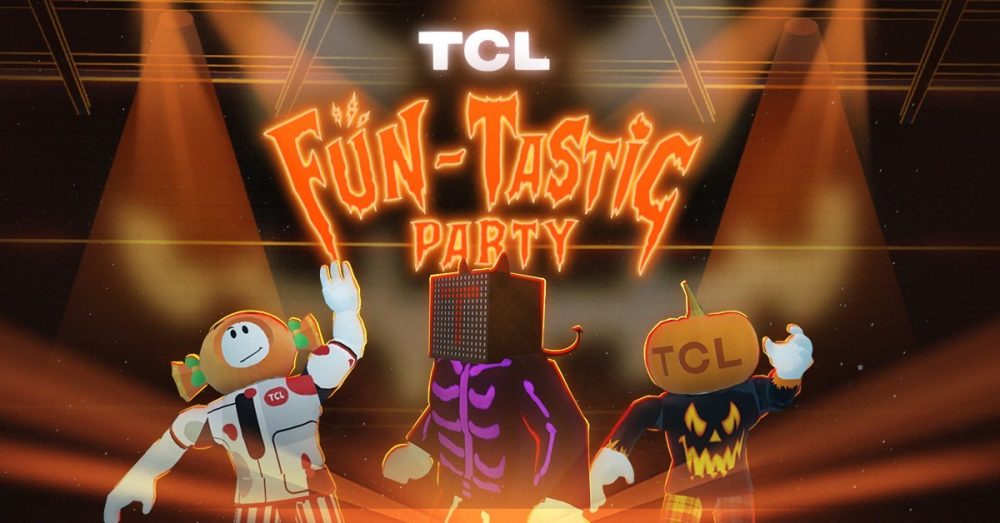 It may not have reoriented its entire company towards the Metaverse like Facebook/Meta has, but TCL has announced a presence in the metaverse.

TCL “will launch a Halloween campaign on the virtual gaming platform Roblox to empower users to create their own immersive experiences,” the company said Thursday.

The move, the company said, is about “strengthening its connection with next-generation consumers by offering a trending, fun and immersive way to engage with TCL in the Metaverse.” More Metaverse moves by the company are on the way.

The Halloween #Fun_Tastic Party at the Dream House launches in Roblox Friday. Users can get there through TCL’s social media accounts.

There will also be integration with TCL’s products.

“TCL has created a host of Halloween games and party experiences that connect to TCL products in various rooms for users to discover,” the release said. “With Halloween-themed decorations and mysterious lighting, each room is themed around the various attributes of some of TCL’s popular C935 and C835 Mini LED TVs, Soundbars and FreshIN+ air conditioners with unique décor and activities.”

Its’ the latest move for TCL, the Chinese TV brand that has made major inroads in the North American market in the last decade. The company introduced its new TV lineup at CES back in January, and followed with a hiring spree in the spring, with Chris Hamdorf named the new Senior Vice President for North America, Chris Hogan will the Vice President of Smart Home Sales, and Scott Ramirez the Vice President of Product Marketing and Development for Home Theater.

Meanwhile, Benzinga reported earlier this month that TCL may be preparing to privatize its consumer electronics business.

“On Oct. 12, the Hong Kong-listed maker of TVs and other display devices announced a series of purchases of its publicly traded shares by its parent, its employee share ownership plan and its highly regarded new chairwoman Du Juan,” that report said.

“Those purchases raised insider control of the company to at least 60%, and probably closer to 70%. The rapid shrinking of its public float raises the question of whether TCL Electronics might be inching towards privatization, as investors abandon its shares in favor of a newer generation of sexier high-tech companies.”