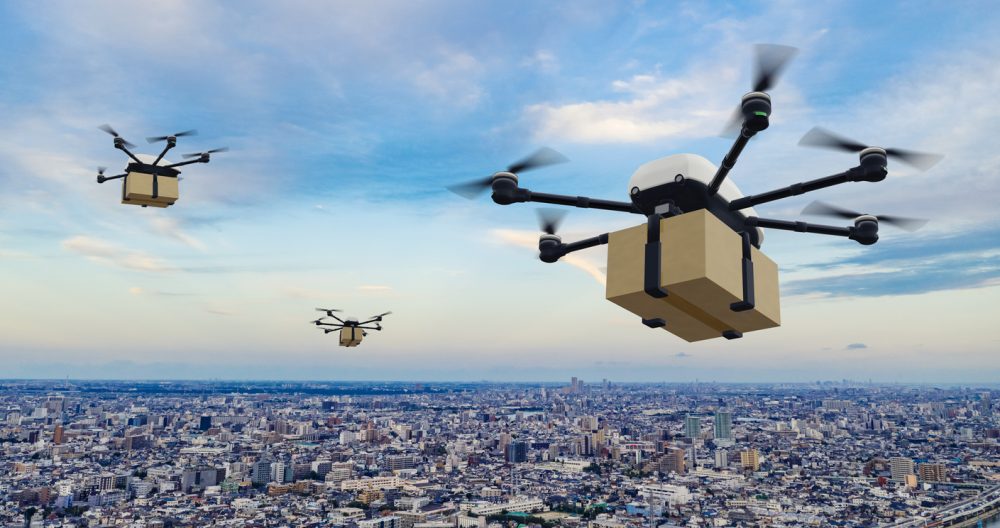 Drone deliveries, a concept that seemed like a futuristic pipedream just a few short months ago, have turned into a robust and growing segment in the retail sector. DroneUp, a company that handles the logistics of drone deliveries, currently employs over 22,000 network pilots who have conducted more than 101,000 hours worth of flights. Last spring, DroneUp made headlines over its partnership with Walmart to operate in-store hubs in six states: Arizona, Arkansas, Florida, Texas, Utah, and Virginia.

Not only is the use of drones efficient but it is also relatively inexpensive. For a flat fee of just $3.99, consumers can order up to 10 pounds of items at anytime between 8 a.m. and 8 p.m. In regards to the future of drone use, DroneUp CEO Tom Walker said in an interview with Fast Company: “In 2023, we’re on track to continue expanding drone delivery to more states and communities while building out expanded drone service solutions for other industries like commercial real estate, construction, insurance, maritime, utilities, and more.”

In other news, earlier this fall we reported on a labor agreement negotiated by the federal government between rail workers’ unions and freight companies. Today, The New York Times reported that members of SMART Transportation Division, one of the main unions in the bargaining agreement, rejected the proposed labor contract. The vote, which failed with a narrow majority of only 51 percent of voting members, opens the door for a potential strike in early December. According to The Association of American Railroads, such a strike could cost the economy upwards of $2 billion a day.

Americans to Cut Back on Christmas Shopping and Charitable Giving