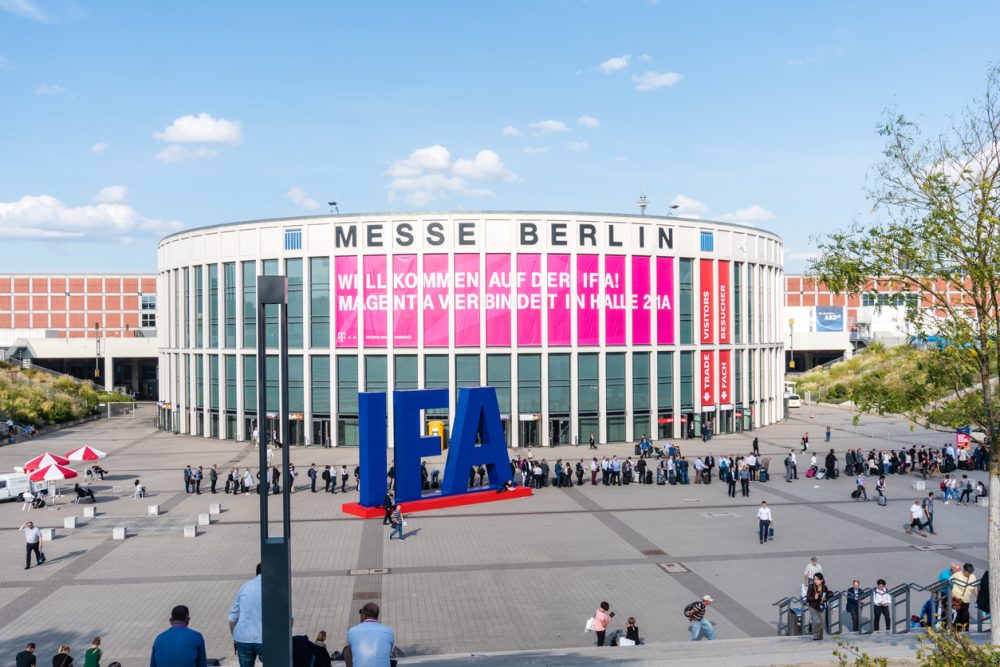 The three parties have reached an agreement: the world’s most important trade show for consumer electronics and home appliances will remain at the fairgrounds of Messe Berlin GmbH. The event now will be the responsibility of IFA Management GmbH – a new joint venture founded by gfu Consumer & Home Electronics GmbH together with Clarion Events Ltd., one of the world’s leading independent event organizers.

“I am delighted that IFA is staying in Berlin,” said Dr. Sara Warneke, managing director of gfu. “Messe Berlin’s expertise in staging a show of this size and the potential offered by the new IFA Management GmbH will be crucial in maintaining IFA’s success in the years to come.”

Under the new partnership, IFA plans to build on its success by expanding its digital offering and the IFA Next brand to add more startups and innovative products to the event. The new partnership will invest in features, new experiences, and entertainment to generate more value and excitement for attendees, sponsors and exhibitors.

“We are extremely excited to be entering into this partnership and are fully committed to ensuring its ongoing success,” said Lisa Hannant, CEO of Clarion Events. “Clarion’s partnership with IFA, the gfu, and Messe Berlin comes at the perfect moment in IFA’s story. This new joint venture brings with it investment to deliver new features, more inspiration, and new engagement that will bring more business to the city of Berlin and more business to our customers.”

Clarion is investing heavily in the management of IFA and its team to create a new dynamic, forward thinking and digital culture. Industry leader Oliver Merlin, who has many years experience managing large-scale events, joins to lead the IFA team and establish a new office in Berlin and help spearhead new initiatives. Simon Kimble, ex-chairman and Clarion non-executive director, Chris Gallon managing director of Clarion EMEA also join the JV’s management board, bringing years of experience, to work with the gfu and its key customers to help the event, both in its live and digital formats, achieve its full potential.

“IFA has its origins in Berlin, where it was first held as the Funkausstellung in 1924,” said Martin Ecknig, CEO of Messe Berlin GmbH, “Therefore, we are very pleased that IFA stays here for another ten years. As one of Berlin’s leading trade fairs, IFA provides an important economic impetus for Berlin in its role as a trade fair venue, both at national and international level. On the basis of the newly established partnership, IFA Berlin can look forward to continued success in the future.”

This September, after a two-year break due to the pandemic, IFA made a full scale come back. Over 161,000 attendees visited the event over five days. Such was the success of the show, the proportion of trade visitors grew against the 2019 event, and over half of the events floor plan has already been reserved for next year’s show.