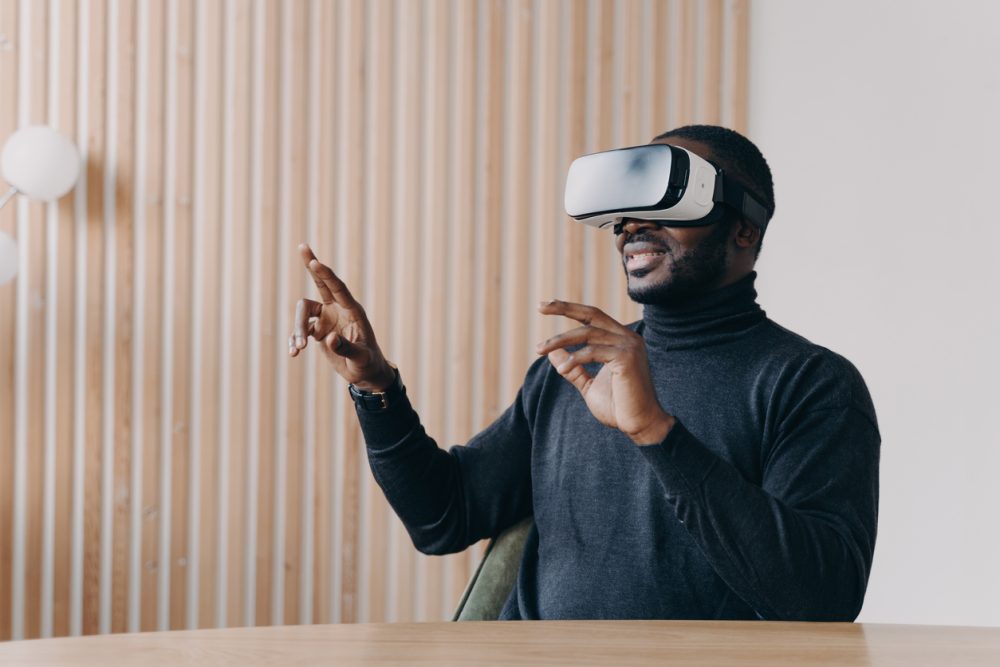 Few technologies have inspired the kind of zeal in the past decade as virtual and mixed reality. While the tech’s initial hype cycle originally started back in the 80s, it didn’t properly “arrive” until the launch of the Oculus Rift on Kickstarter in 2012 (funded to the tune of $2.5 million). Shortly after this success, Facebook purchased Oculus for $2 billion; what followed has been nearly a decade of massive investment in the space, by the likes of many of the industry’s biggest companies. Meta has been perhaps the biggest, with Mark Zuckerberg remaining bullish in his belief that the technology represents the future of computing. Gaming giant Valve Software has partnered with HTC on several VR headsets and also released its own; Apple, meanwhile, is expected to announce its much-talked-about mixed reality headset in the near future—a bold step for the company, and one that has been many years in the making.

While VR and particularly XR technology is still very much in its infancy—manufacturers are still making massive inroads on the quality, comfort and size of their headsets, while software developers are still grappling with how to best leverage the power of this nascent format—it seems all but certain that the tech will be a major factor in the future of how we interface with computers. We’ve gathered together a host of the most exciting VR and XR headsets on the market today.

As the first proper “all-in-one” headset—that is to say, one that didn’t require being tethered to a PC in order to power it—the original Oculus Quest was a game-changer when it was released in 2019. The Quest 2 has upped the ante in nearly every regard: most significantly, an improved processor and a sharper display, resulting in 1832 by 1920 resolution per eye, compared to 1440 by 1600 of the original Quest, along with a 90Hz refresh rate. It’s lighter and more comfortable than the original, and the untethered nature of the experience makes it easy to bring around or use outside. (Where most tethered headsets require external sensors, the Quest 2’s “inside-out” tracking does a great job on its own.) For those who want a higher-end VR experience, it’s also flexible: by connecting the headset to a gaming PC using Oculus Link and a compatible USB Type-C cable, you’re able to harness the power of a beefy computer, rather than being performance-limited by a built-in processor.

While most current headsets are focused on virtual reality— immersive experiences, and games in particular—Lenovo’s ThinkReality A3 takes a different tact. The glasses connect to a laptop or smartphone and are clearly targeted at the enterprise market. The premise is quite simple: replace a productivity setup involving multiple displays, with a single pair of smart glasses, which can project multiple virtual displays for portable and more flexible virtual workspaces. Not only is this more convenient than setting up multiple monitors, but it also allows one to work privately, even in public spaces. Powered by Qualcomm’s XR-1 SmartViewer technology, the glasses feature a 1080p resolution for each eye, an 8MP RGB Camera, three noise-suppressing mics and stereo speakers. It features head/gaze tracking, and even a barcode reader for quick product scanning.

In terms of the current market for VR headsets, the Valve Index is quite possibly the cream of the crop. Valve is a familiar company to gamers (it’s the company behind the popular Steam storefront), and was an early player in the VR space, teaming with HTC on the original Vive headset. In terms of specs, its Index is a heavy hitter: the 2880 by 1600 display resolution is some of the highest out there, and it’s paired with a smooth 120Hz refresh rate and an equally impressive 130-degree field of view. It’s built from significantly higher-quality materials than most VR headsets, with great weight distribution and stability. The controllers, which strap to the user’s hands, function as both typical VR motion controllers, as well as hand/finger trackers—in the Aperture Hand Labs demo this is put to great effect, letting you do stuff like play rock-paper-scissors with a host of robots or give them a thumbs-up. Finally, built-in near-field speakers provide a more three-dimensional sound space than typical headset headphones, and less ear fatigue. It’s one of the pricier VR headsets out there, to be sure, but in many ways it’s also tough to beat.

As the only major game console manufacturer to go all-in on virtual reality, the original PlayStation VR was Sony’s biggest bet in a generation. And it’s proven itself to be a good one, as evidenced by the fact that Sony will be releasing its successor in early 2023. It’s a major leap beyond the original in nearly every way: The headset itself has an OLED screen, offers an impressive 110-degree field of view and 4K HDR, and supports frame rates of 90Hz and 120Hz for smoother gameplay. Unlike its predecessor, users won’t need to set up external cameras around their playspace; instead, the headset has four cameras built into the headset for inside-out tracking. The new PSVR2 Sense controllers include adaptive triggers and haptic feedback (much like the PS5 DualSense controllers) and can even detect individual finger touches. Finally, rather than the bevy of cables required by the original, you’ll only need to plug it into your PS5 with a single USB-C cable.