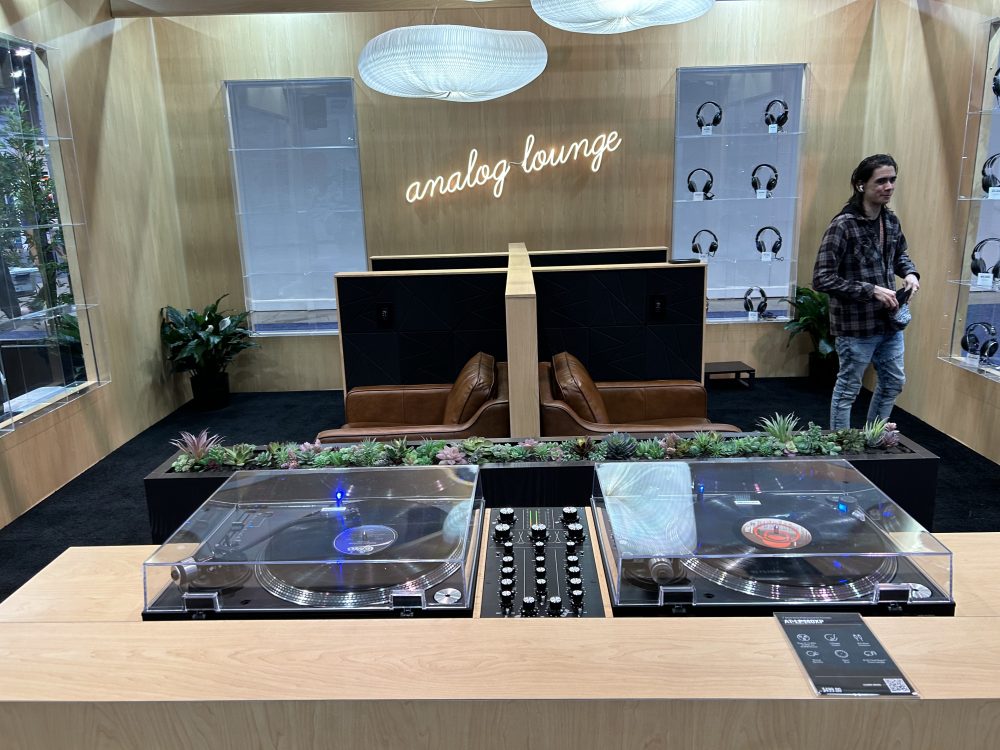 CES has evolved slightly since its inaugural event back in 1967, which featured 200 exhibitors and brought 17,500 visitors to New York City. This year, the show boasted an in-person audience of 120,000, a third of whom traveled to CES from outside of the country, and featured 3,200 vendors. Despite this explosion in popularity, A/V has remained the show’s bread and butter. Since the introduction of the VCR back in 1970, CES has been one of the world’s premier platforms for cutting-edge breakthroughs in consumer technology.

As we push into 2023, a new generation of technology is emerging that puts a premium on unobtrusive and minimalist designs. Here is our list of some of the best and most innovative products from the A/V category at CES 2023.

This prototype transparent OLED TV is designed for those who want their TV to interact with the space it’s displayed in. When it’s off, the TV turns into an empty picture frame making it ideal to be hung on the window of an apartment or in the center of a living space. The TV can display images while remaining transparent, giving the image the aura of coming out of thin air.

The UX from Hisense, which is the first TV to be rolled out from the ULED X Series, features the company’s next-generation Hi-View Engine X chipset, which coordinates nearly 20,000 mini LED lights using a new AI picture quality algorithm. According to the company, the ULED X Series has nearly twice the dynamic range of OLED TVs and three times the environmental contrast.

The first turntable from JBL to offer aptX HD wireless streaming, the Spinner BT streams vinyl records to your favorite speaker, soundbar, or headphones at levels reaching 24-bit hi-res audio. The JBL Spinner BT is set to hit the market in Q3 of 2023 and will retail for $399.

Led by a king-sized 120-inch display, the Aquos XLED series from Sharp caused quite a stir among members of the media, who were ready to steal the device right off the show floor. What makes the Aquos XLED unique is that it combines mini LEDs with Quantum Dot technology, creating a wider range of color tones and volume.

The only earbuds to make our list, LG’s Tone Free T-90 earbuds are the first wireless earphones to feature Dolby Atmos and Dolby Head Tracking technology. The results are amazing. With the Dolby Head Tracking Technology, the headphones can detect the origin device and adjust output levels to create a natural listening experience when the user turns their head.