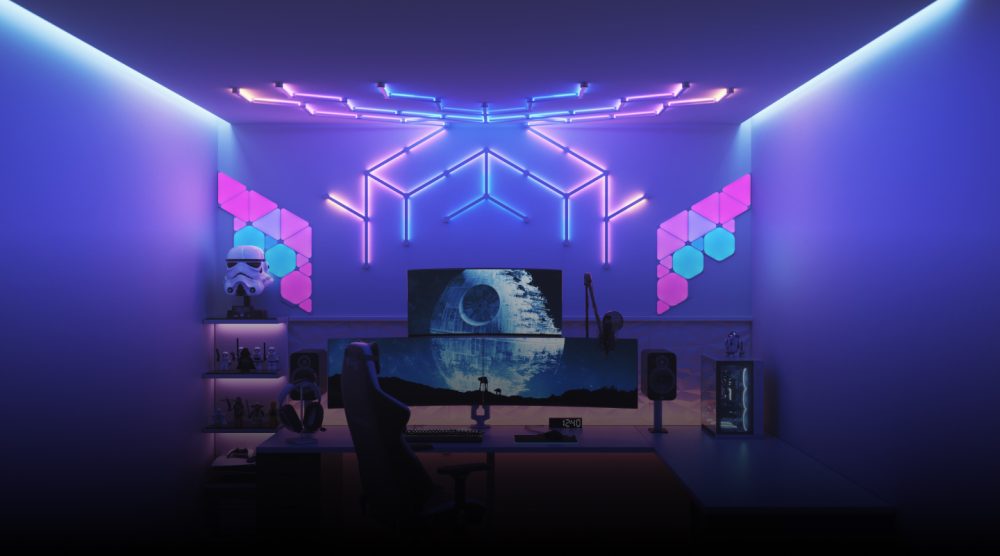 When attending CES 2023, the main thing I was excited about was the new types of gaming technology and accessories that would be on the floor. As I walked through the gaming section at CES 2023, I was amazed by all the VR gaming tech as well as the number of gaming accessories I saw. The world of gaming was starting to cater to more female and casual gamers.

When walking through the show floor, I was drawn into the VR arcades on display by VR Leo. Of course, I had to try out the VR arcade just once and it was a unique experience. Once I put on the headset, I was submerged in the video game, Fruit Ninja. I had a 360-degree view inside the game and once I was finished with my game, the device automatically started to clean my helmet and controller for the next player. The controllers and helmet are taken into the device and sanitized with UV rays and it takes less than five minutes before the device is ready for the next player. This is great for people who want to experience playing VR games, but don’t have the proper equipment.

The Mytrix booth had multiple gaming controllers that catered toward a female crowd and it was the only booth in the gaming section that wasn’t afraid to use pink. This immediately drew my attention as well as other female attendees and by following them on social media I was able to win a free tote bag. The company also had other accessories like headsets, gaming pads, keyboards, switch cases, and controllers. As a gamer myself, sometimes it’s hard to find cute designs for my consoles without searching the internet for hours.

During CES Unveiled I visited the Lexip booth and spoke with one of the workers, they explained how the company’s goal is to make gaming accessories more affordable. My favorite accessory they had on display was the Ceramic glide feet that can fit on most standard mouse models. Consumers can get six ceramic feet in one pack and they are compatible with laser or optical mice. After attaching the ceramic feet, it was easy for the mouse to move around the gaming pad. This simple change was very noticeable because I often fight with my wireless mouse since the bottom has worn down. When using the ceramic feet, I also felt that I didn’t have to be as aggressive when trying to drag my mouse. When playing PC games where the mouse directs the camera, having that smooth glide elevates and makes the gameplay easier.

The Nano leaf booth mainly focused on gaming lights for gamers who want a more creative setup. The lights are lines that can be connected and can form a hexagonal or rectangular shape. Each line acts as a light and comes with black or pink covers for gamers that want more customization. One circuit comes with nine lines and one power supply unit can light up to 18 lines. The lights also have a screen mirror feature which helps the lights react to in-game live events. For example, if your character dies the lights will turn red, this feature also changes the lights while watching a movie. The lines are easy to install and each pack comes with adhesive mounting tape and no tools are needed.

Lastly, I was able to visit the Yeelight booth which also had special lighting accessories for gamers. These lights were a bit different as they came in the shape of cubes and triangular panels. The triangular light panels can be controlled through voice commands through Alexa and Google Assistant.  The smart cube lights are releasing later this year in the Spring and up to six cubes can be stacked on top of each other. The Yeelight Station app can be used to control the lights and the lights can be set to sync to music as well. Making a fun light show as users have up to 16 million color RGB light panels to support customized lighting effects.

I was taken by surprise when I saw that PlayStation was coming out with updated VR technology. The VR2 is set to release on February 22, 2023, but I was able to see a display model at CES. This new model has VR2Sense that elevates game immersion with subtle headset vibrations when gamers bump into objects in the game, 3D audio technology, and intelligent eye tracking. The Tempest 3D Audiotech helps the game audio adapt to players’ movements making realistic soundscapes. The controllers have adaptive triggers so if a player is drawing a bow or holding a weapon the resistance when using the controller will change.