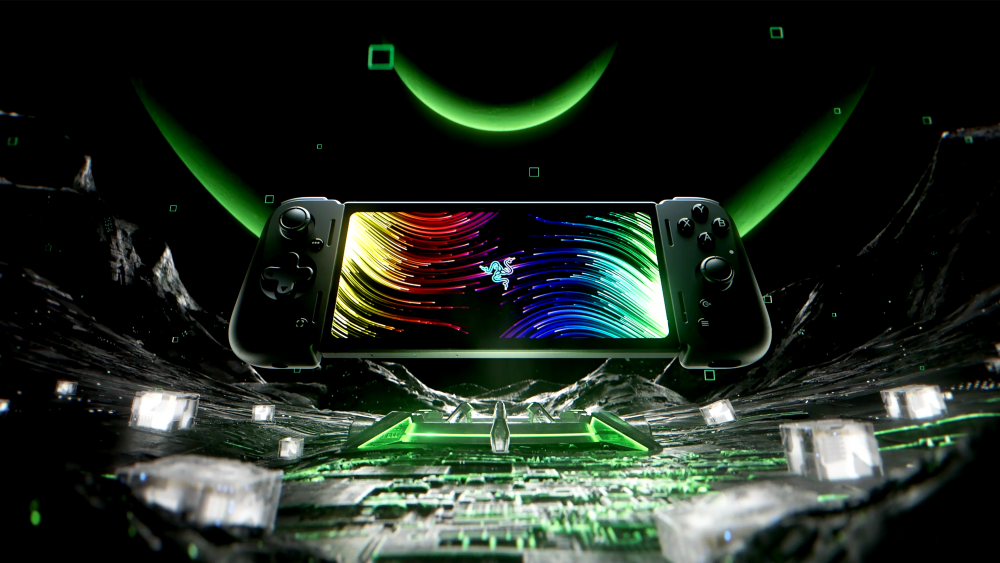 Arriving in both Wi-Fi and 5G editions the Razer Edge features a 6.8-inch AMOLED display and a 2400×1080 FHD+ resolution, it’s the first device to feature the Snapdragon G3x Gen 1 Gaming Platform.

Both devices will arrive on January 26 in the U.S., with the Wi-Fi device selling for $399.99; no price is listed for the 5G edition. The Wi-Fi edition is exclusive to Razer.com and RazerStore locations, with the 5G device available form Verizon.

In addition, Razer announced an updated generation of its Razer Blade gaming laptops, consisting of the Razer Blade 16 and Razer Blade 18. They will arrive in the first quarter, at MSRPs of  $2,699.99 and 2,899.99, respectively.

“The defining feature of this display is dual native mode switching, allowing seamless selection between Creator and Gamer modes to fit the desired application. Creator mode enables sharp UHD+ native resolution with a 120Hz refresh rate, while Gamer mode provides an ultra-smooth 240Hz refresh rate in native FHD+,” the company said in its announcement of the Razer Blade 16. The 18-inch version, meanwhile, boasts “the most screen real estate yet.”

The company also announced the Razer Leviathan V2 Pro, which it calls “the world’s first beamforming soundbar with head-tracking AI.” It’s powered by THX Spatial Audio. That will arrive this month at an MSRP of $399.99.

Razer also announced the Razer Kiyo Pro Ultra, which it calls the “largest sensor ever in a webcam for DSLR-like high quality,” with a price point of  $299.99.

“Boasting the largest sensor ever used in a webcam, creators can experience DSLR-level detail and clarity with the plug-and-play simplicity of the most powerful webcam from Razer so far.”

Razer also announced new VR peripherals for Meta Quest 2, as well as a concept design for Project Carol, which the company calls “the world’s first head cushion with enveloping near-field surround sound and haptics, taking gamers into a new world of audio and tactile immersion.”