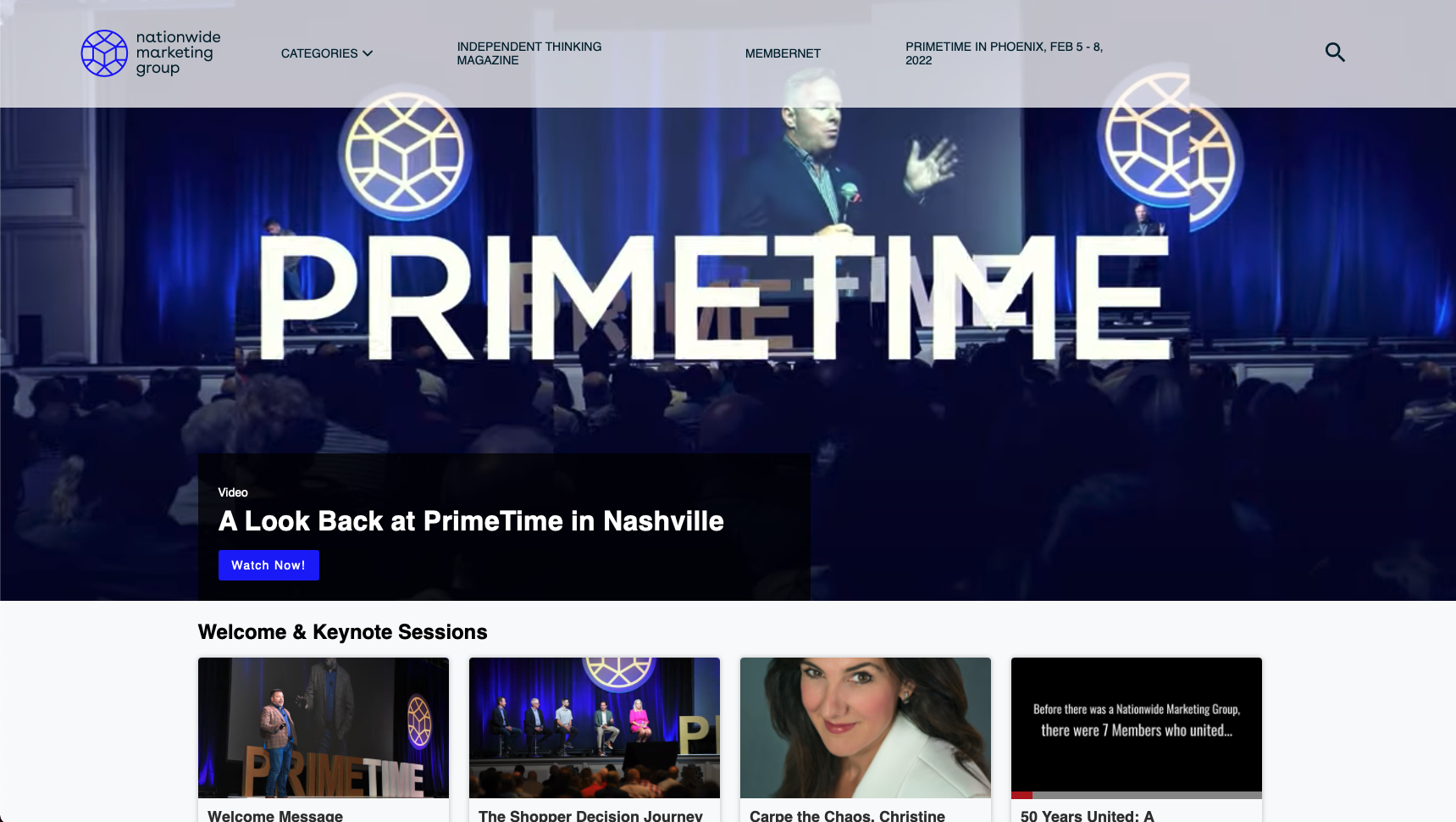 “Our members constantly tell us just how valuable the content is that gets discussed during our Nationwide Learning Academy sessions at PrimeTime,” says Melissa Stenson, vice president of member experience for Nationwide in the press release. “In our mind, and based on what we learned while organizing and hosting virtual events over the past year, that value doesn’t need to be limited to the in-person attendee. Virtual PrimeTime allows us to take that content and ensure all of our members have access to it, can learn from it, and can get a taste of what it’s like to participate in PrimeTime.

The Virtual PrimeTime event, which will be open for 30 days, is available for free and gives members access to some of the most popular and educational sessions, keynote presentations, and key vendor partner interviews from the live show in August. The content available on the Virtual PrimeTime platform also features videos geared towards helping retailers grow their businesses with tracts that cover marketing, social media, culture and leadership, data, and more. This event not only provides viewers who attended the event the opportunity to go back and rewatch favorite content, but also gives those who were unable to attend the ability to catch up on what they missed. Also special is that the virtual event is open to anyone, not just NMG members.

“Access to continuing education and training is something that benefits the entire independent retail channel,” says Patrick Maloney, Executive Vice President of Membership for Nationwide in the press release. “That’s why we didn’t want to limit access to Virtual PrimeTime to just our members, and it’s why we’ve made it available at no charge. This content is too important for us to keep all to ourselves; all independent retailers should be able to benefit from it, regardless of their affiliation.”

Nationwide Marketing Group works with more than 5,000 independent appliance, furniture, bedding, electronics, specialty electronics, custom installation, and rent-to-own dealers across the United States to give independent retailers market power so they can compete with large chains. Registration to the event is free and will remain open for the duration of the event. Those interested in learning more or registering may visit the Virtual PrimeTime platform.