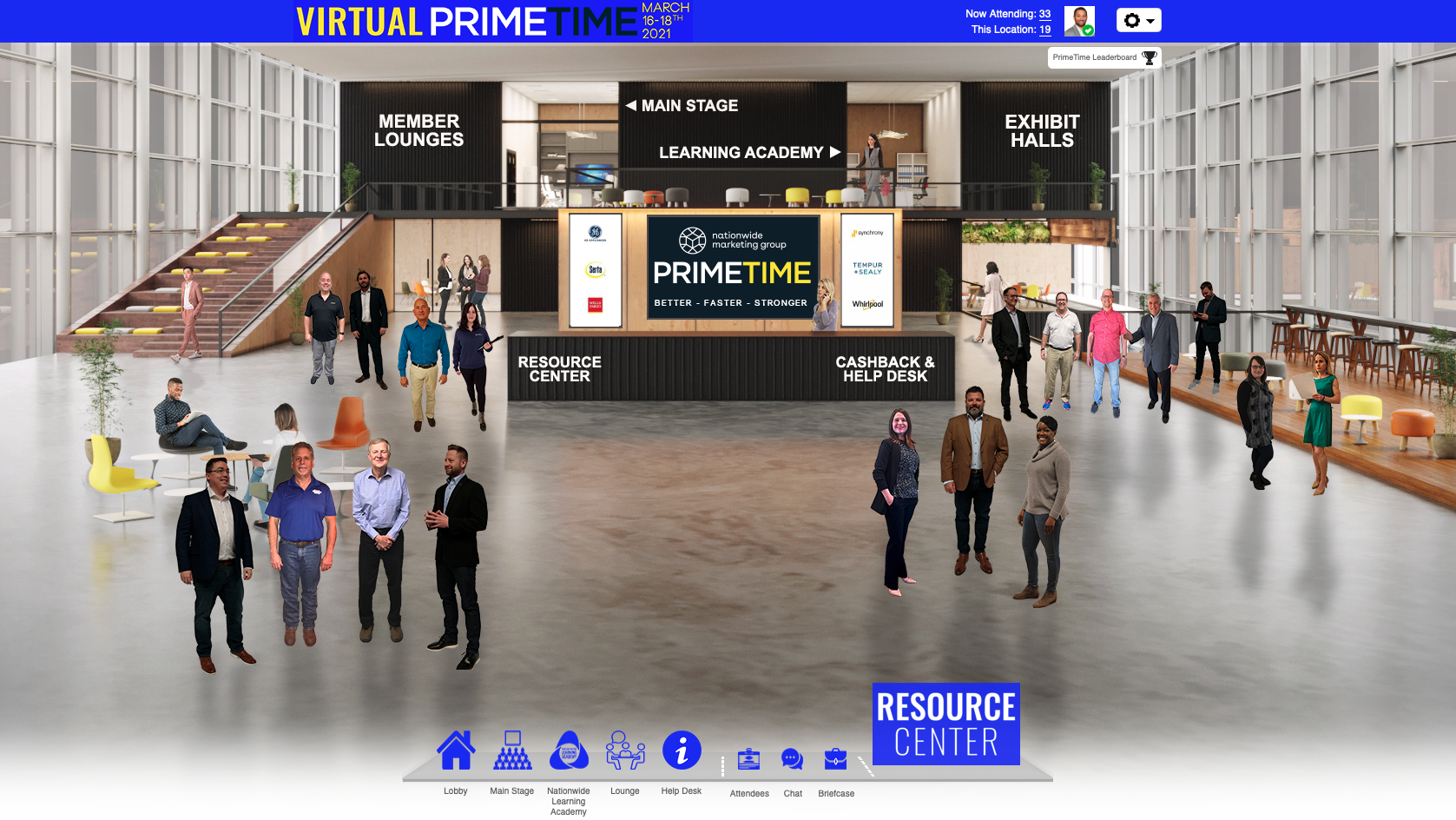 Under the theme “Better. Faster. Stronger.,” Nationwide Marketing Group hosted its second Virtual PrimeTime event that was equal parts educational and opportunistic. The three-day event, held March 16-18, tackled topics including appliances, marketing, selling to women, and more, and was all-around well-received with the numbers to prove it.

Over 2,500 attendees logged into the Virtual PrimeTime platform, including more than 1,400 representatives from over 1,100 member companies. Of the 100 free-to-attend Nationwide Learning Academy sessions and keynote presentations, members attended more than 34,000 total sessions, representing an increase of 112 percent over the October Virtual PrimeTime show. On average, attendees viewed 110 minutes of education and attended roughly 12.5 sessions each during the show. For the next month, these numbers will continue to rise as Nationwide offers these sessions on-demand for its members.

“This isn’t the time to go dark,” Nationwide Chief Member Advocate Tom Hickman told members during the State of Nationwide address. “This is the time to make sure your website is the best and most engaging in your market. This is the time to make sure your brand is competing for awareness and a place in the consumer’s conscience. What you invest today isn’t just about driving traffic this weekend. Today’s investment pays off weeks and months down the road – or even a year from now.”

On the vendor side, booth visits rose nearly 20 percent and retailer orders are already on pace to surpass the October Virtual PrimeTime, which saw more than $3 million in Cash Back rewards doled out to dealers. The return of PrimeTime Palooza during Virtual PrimeTime contributed to this increased spend by engaging attendees with show specials and limited-time purchasing opportunities.

Ending the show on a high note, Nationwide split a grand cash prize of $100,000 between 20 of its members. The Bed Store was also presented $10,000 to put toward a cause of their choice.

“Virtual PrimeTime has enabled us to remain connected with our members during the pandemic and offer them the best possible education, networking and buying opportunities while staying socially distanced,” adds Nationwide’s Vice President of Member Experience Melissa Stenson. “That said, while PrimeTime will continue to have some virtual aspect moving forward, we can’t wait to meet with our members again in person and are eagerly looking forward to our next PrimeTime show in Nashville in August.”