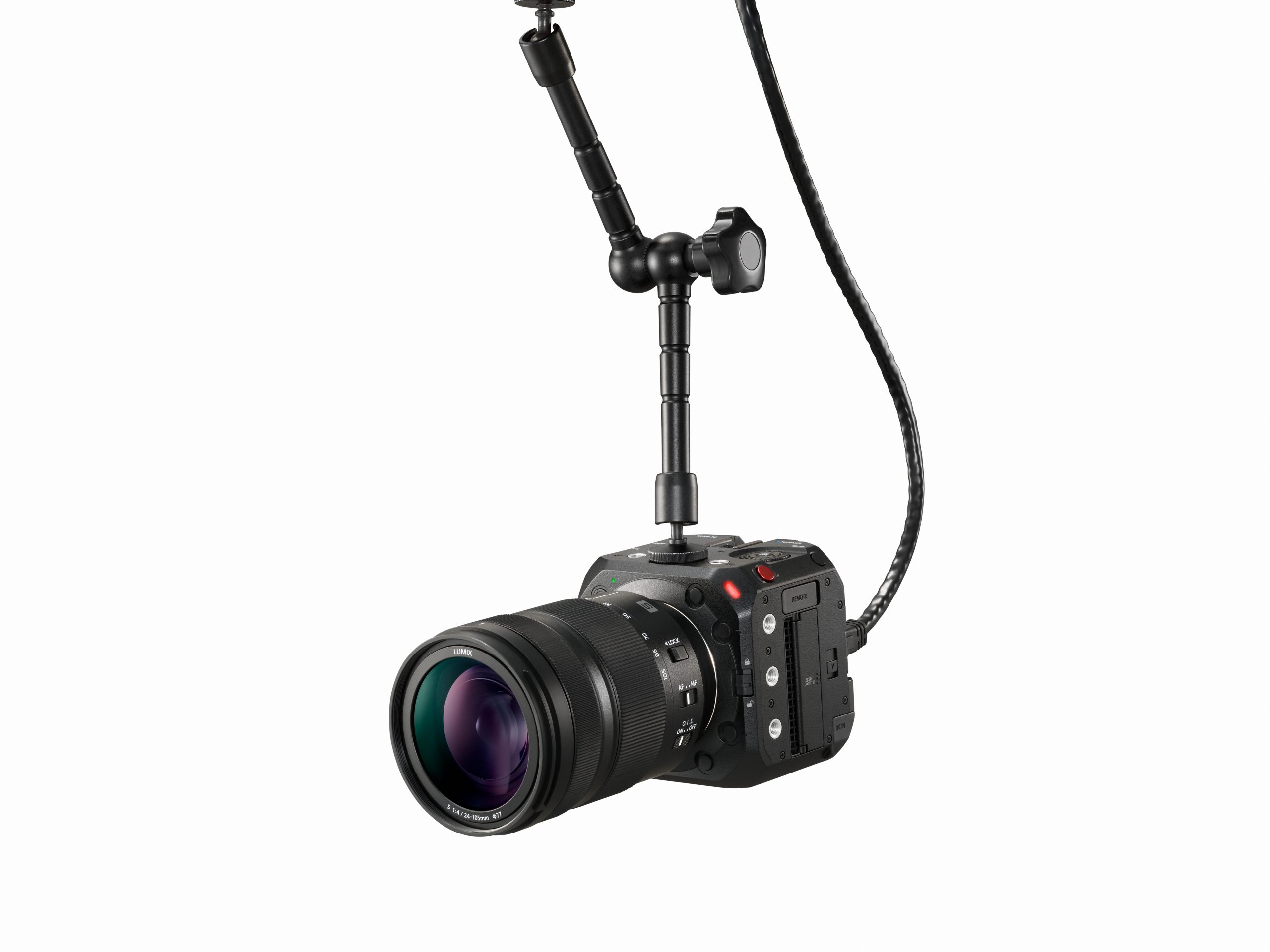 Even in the era of smartphone photography, it’s still essential to have a quality camera for a variety of artistic shots and video footage in all kinds of scenarios from fast-moving subjects to low light. Known for its high-quality cameras, Panasonic just announced the release of the LUMIX DC-BS1H, a box-style, full-frame, mirrorless camera that’s compact, lightweight, and provides a variety of practical ports. The camera’s small aluminum and magnesium alloy body not only allows for easy portability but also makes it a cinch to balance on smaller gimbals. At 1.28 pounds, the LUMIX BS1H isn’t too heavy for all kinds of handheld shots. In terms of ports, it’s equipped with a USB 3.1 Type-C, a 3G-SDI, and an HDMI Type-A terminal, which can be used for simultaneous output. These outputs maximize the number of accessories that can be added to the camera.

The LUMIX BS1H is perfect for video recording because it is equipped with a double SD Card slot for backup video recording or relay recording. This is a great timesaver when recording since it can help save footage that would have otherwise been lost once the first SD card is filled because the camera would stop recording automatically. This camera may be small, but it has a wide variety of recording formats, frame rates, and resolutions with a maximum of 6K. The LUMIX BS1H is capable of 4:2:2 10-bit 4K 60p/50p HDMI output, which means it’s compatible with monitors like the Atmos Ninja Inferno. V-Log is selectable on the external monitor through SDI during RAW output. V-Log is great for shooting RAW footage because it allows all the colors and contrasts in the scene to become flat. This helps when editing footage in post-production because it allows the editor to control the colors on the film with ease.

The BS1H contains a 24.2-megapixel 35mm full-frame sensor that gives a wider depth of field and captures in 6K resolution. The camera has a maximum range of 51200 ISO with high sensitivity recording with minimum noise so your video won’t look grainy. This is an amazing improvement from the LUMIX GH5, which only has an ISO range of 25600. The high ISO is great for filming in dark areas or at night when there isn’t much lighting.

This camera can connect through Bluetooth and Wi-Fi for file transfers, live streaming, and remote control, which is particularly helpful for, say, vloggers, because they can adjust camera settings from a distance without having to ruin any framing of the shot. To support a growing need for live streaming, the LUMIX BS1H can stream 4K 60p (50p) video in H.265. Thanks to all these features, this camera is flexible for both filming and streaming, which isn’t always the case with mirrorless models. The LUMIX BS1H will be available in November for $3,499.99.