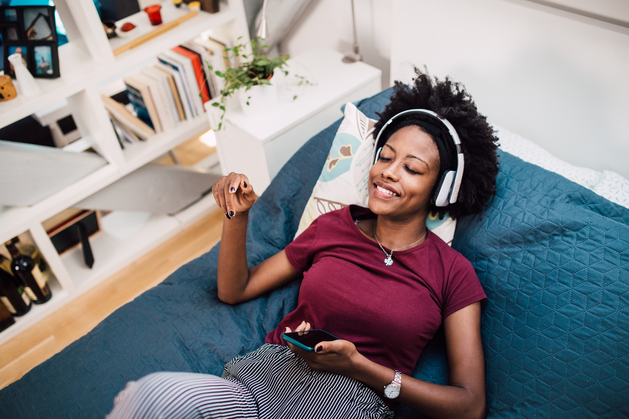 Hi-res audio and lossless streaming are hitting the mainstream through services like Amazon, Spotify, and Apple Music, making great sound more accessible than ever. But wireless headphones and speakers have been left out in the cold, thanks to Bluetooth’s ho-hum audio. Enter Qualcomm’s brand-new aptX Lossless codec — the firmware that processes, transmits, and receives digital audio from source to listening device — and you’ve got a potential game changer for streaming audio from these services over Bluetooth with no fidelity loss. The potential for Bluetooth audiophile sound is long-awaited news, but you’ll have to settle for CD-quality (16-bit/24kHz) audio for now, and if you’re using Apple and/or Beats hardware, they use a proprietary codec and haven’t yet announced any hardware support.

What about the sea of truly high-resolution recordings made at 24-bit/96kHz, which are better than CD-quality? Those are still off the table for Bluetooth, but the rate at which the technology has been evolving seems to indicate that we’re only a generation or two of codecs away from that kind of hi-res audio support.

aptX Lossless still relies on great hardware to reproduce audio, meaning the Bluetooth experience will still only be as good as the weakest link in the chain. Let’s take a look at what’s required to create a satisfying end-to-end digital audiophile experience.

Qualcomm’s aptX Lossless codec aims to make Bluetooth a viable option for digital audiophiles wanting CD-quality wireless audio. How far it will go depends on not just how many but which companies adopt it, as well as on whether discerning listeners will hold out for the promise of even higher-res audio down the line.

First, let’s get hip to some lingo. Sample rate refers to how many digital “slices” comprise each sound in the recording; more slices means more detail, at least up to a point. Bit depth represents the amount of information contained in each slice and is often used interchangeably with resolution. CD quality is 16-bit/44.1kHz, while “hi-res” audio is considered 24-bit/48kHz and above. It’s a good rule of thumb that acoustic genres like classical, jazz, and folk tend to have a wider range between loud and soft sounds than most rock, pop, and electronic music, and benefit from greater bit depth.

The only way to get CD-quality (and above) audio through Bluetooth’s narrow wireless “pipe” without losing fidelity is to squish it down using lossless compression. Remove data like frequencies outside the range of average human hearing, as well as those that typically aren’t well-reproduced by most consumer-grade headphones or speakers, and the resulting “lossy” file is smaller, but suffers from poor detail, thin bass, and distortions in high-frequency sounds like cymbal crashes. Lossless compression codecs are much choosier about what to remove, resulting in files not being quite as small but with no audible difference from the original (huge) uncompressed file. Lossless files and streams can support 24-bit/192kHz and up , depending on the format, but we’ll have to wait a while for Bluetooth to support that kind of resolution.

Codecs are the firmware that compresses, transmits, receives, and decompresses digital audio between devices. There are several on the market, including Sony’s LDAC and Apple’s AAC, but Qualcomm’s aptX HD (introduced in 2016) became widely adopted and offers very good (but still “lossy”) sound. aptX Adaptive came along in 2018 and added the ability to transmit even more data with more efficient (but still “lossy”) compression and greater fidelity. In September 2021, Qualcomm announced that it would include a Bluetooth Lossless codec in its Snapdragon audio chipset, which will enable the transmission of CD-quality audio from smartphones to wireless headphones.

The bottom line is that in order to reap the benefits of all the lossless content out there, listeners comfortable with CD quality will need a smartphone and headphones that support the latest aptX Lossless codec. And those headphones better be high enough grade to be able to reproduce audio with exceptional clarity. If the smartphone has aptX Lossless built in, but the headphones are still stuck at aptX Adaptive or aptX HD, you’re losing audio quality. If your headphones support the latest codec but have cheaply made audio drivers, you’re losing audio quality. The same will go for aptX Lossless-compatible speakers and home A/V components when they eventually become available.

aptX Lossless is currently limited to a handful of Android-based phones from Motorola and Xiaomi, as well as a few unsatisfying-looking sets of wireless earbuds. Apple gear like iPads, AirPods, and Beats are still stuck in the “Lossy” Age, and Apple’s own wireless protocol called AirPlay that supports lossless streaming over Wi-Fi isn’t suited to the low-power requirements of wireless headphones. High-end audio hardware makers like Bowers & Wilkins and Bang & Olufsen that have already dipped into the Bluetooth audio pool are still catching up to the last round of Bluetooth updates, with nothing newer than aptX Adaptive. Bose is another notable absence from the aptX Lossless scene.

Ultimately, if aptX Lossless proves to have reasonably consistent audio quality and finds its way into good-enough hardware, we could see a boom in higher-end wireless audio in 2022. It’s also possible that some companies that cater to audiophiles who demand better-than-CD quality are hedging their bets and waiting until Bluetooth can handle hi-res (24-bit/192kHz) audio — which seems likely in the next two years.