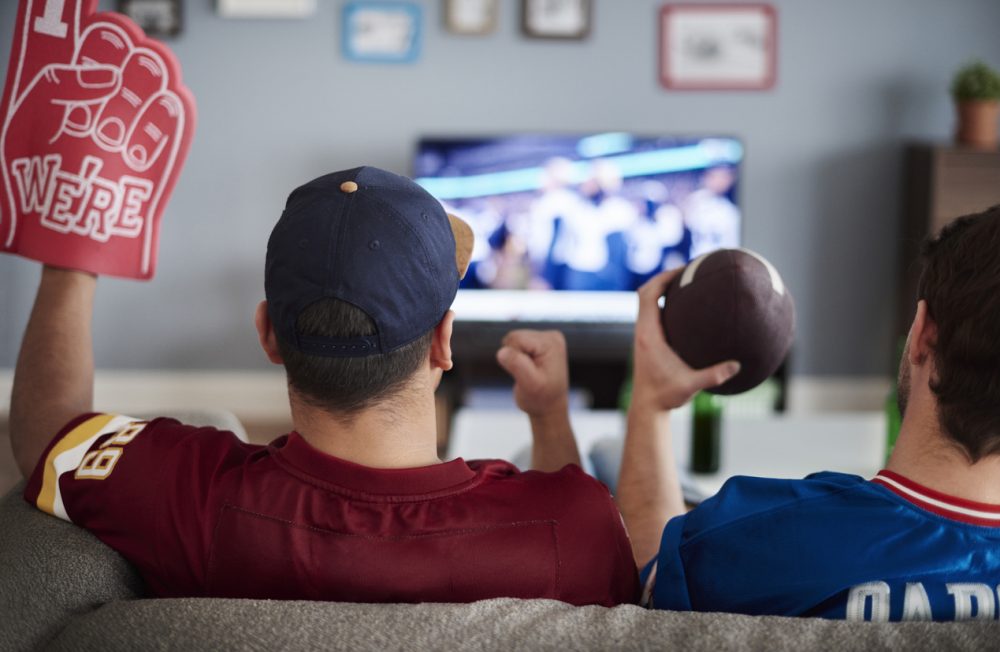 While Black Friday and Cyber Monday rightly get lots of hype for the home appliance deals on offer, it’s a couple of months later that many choose to invest in a new television. There’s a reason for this: Super Bowl Sunday is the biggest TV event of the year, and consumer electronics retailers typically lean into this fact by heavily discounting televisions in the weeks leading up to the game. The early-January timing of the Consumer Electronics Show (CES) — the annual tech trade show, where TV manufacturers announce their latest models — also helps matters for consumers, as retailers will often discount older TV models in order to sell off existing inventory. As Consumer Reports details, the second-best time of the year to buy a television set — just behind Black Friday — is precisely two weeks before the Super Bowl.

And although screen size certainly matters in choosing a new set, there’s more to the picture than just inches. Viewing angles, motion handling, and of course picture quality are all important considerations for picking the right TV for watching the big game. The best sets for sports offer features that prevent things like banding, blur, and smearing when there’s lots of movement on-screen, and let people positioned anywhere in the room see a crisp, bright image. They of course also look great, with lots of detail, contrast, and sharpness — including text rendering, for the older folks in the room.

We’ve gone ahead and picked some of the best sets around for watching this annual mega-event—and for viewing sports, more generally—from five of the market segment’s top manufacturers. (Snacks and beverages are also important, but that’s for another roundup.) Keep in mind that many of these sets will be discounted — some by $1,000 or more — in particular over the coming week or two, so many of the listed prices below will be lower.

Samsung QN900A Neo QLED 8K TV
If televisions are works of art, the QN900A belongs in a museum. Its bezel is vanishingly thin — less than a millimeter, in fact — meaning the image extends to every bit of the screen. It boasts a remarkable 8K resolution; while you won’t find the game broadcast in 8K (or even 4K, for that matter), the built-in upscaler will help get it looking very sharp, thanks to Samsung’s AI-based ‘Neo Quantum Processor 8K technology.’ Contrast on this QLED screen comes remarkably close to its OLED counterparts, and overall brightness even bests them. Motion is consistently smooth and artifact-free, making on-field action as legible as possible. With 10 (!) speakers built into its ultra-slim frame, the sounds of the game will come in loud and clear as well. For those looking to throw down some cash on a serious set that’s future-proofed for many, many big games to come, this one’s tough to beat. [75-inch — $4,999]

TCL 6 Series 4K QLED Dolby Vision HDR Smart Google TV
TCL’s 6 series of televisions has been a popular choice for a number of years now, and the latest version definitely keeps the hot streak going. Featuring a high-performance QLED ‘Quantum Dot’ display that boasts over a billion colors, TCL’s AiPQ Engine uses machine learning to control color and cla’, doing a great job upscaling regular HD broadcasts to 4K (or close to it, anyway). Dolby Vision HDR helps to clarify every pixel, so you’ll see fine-grain details of the game from every inch of the 65-inch screen. (It’s also available in 55- and 75-inch options.) The mini-LED backlight QLED screen boasts even brightness and contrast for a consistent image from corner to corner, and hands-free voice control lets viewers use the “Hey Google” command rather than scramble for the remote (it also works with Alexa, if you ask nicely). [65-inch — $1,299.99]

Bravia XR A80J
For those keeping score at home, OLED is widely considered the king of modern screen technologies. Sony’s A80J uses OLED, which means that each and every pixel of the television can be controlled on an individual basis, or turned off entirely, resulting in deep blacks and amazing contrast. To boot, Sony has some of the best image processing in the business, all but eliminating the kinds of blocky artifacts produced by some displays. Viewing angles are great, with the image staying accurate and detailed from almost any angle — great for accommodating wide seating arrangements, as game parties often must. As one might expect from a high-end Sony display, the A8oJ is remarkably thin with a virtually nonexistent bezel, making it quite a looker. The system is powered by Google TV, and performs better than any Sony set before it. [65-inch — $2,299.99]

LG G1 OLED
LG’s G1 is one of the most impressive consumer OLED sets on the market, boasting deep black levels and remarkably punchy and detailed picture quality. At just 0.8 inches deep, the LG G1 is ultra-slim and flat, with no protruding bits getting in the way of its ideal home: mounted on your wall. (It really was made for mounting — in fact, owners will need to buy side legs for about $100 if they want it to sit on an entertainment stand or table.) Being able to easily mount it higher up on a wall is a game-changer for viewability in a crowded room, and the low profile, museum-quality design and slip bezel make it really blend into the room (as much as a massive 77-inch screen can, anyway). Motion handling on the G1 is also state of the art, with deep customization options for those who want it to smooth out motion without artifacting or jitter, and viewing angles will let everyone catch the action, no matter where they are in the room (unless they’re face down after too many beers, that is). [77-inch — $3,699]

Hisense U9DG
In the war between various screen technologies, Hisense has taken a somewhat different tack than most for its flagship TV. The U9DG uses what the company calls “dual cell” tech, whereby it essentially layers two LCDs on top of each other over an LED array. The resulting output hits near-OLED contrast levels, with improved brightness and a detailed image that can compete with most of the best screens out there. It looks good from a wide range of viewing angles and sports top-notch reflection handling, without any of the sort of rainbow smearing often found with anti-reflective screen coatings. The U9DG does 4K at 120Hz, and its Ambient Light Sensor+ automatically detects the lighting conditions throughout the day to adjust the backlight and enhance the image onscreen accordingly. For those trying to ensure the game party happens at their place, this set will certainly help the case. [75-inch— $2,799]

Watched Out: The Future Of Streaming