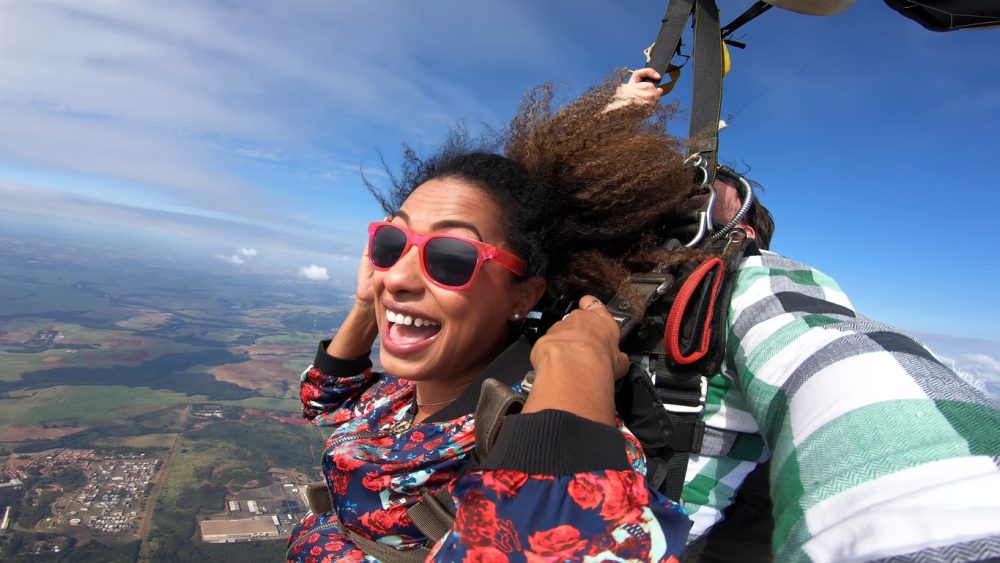 For the past several years, the action camera market has expanded in nearly every direction. What used to be generally considered exclusively the domain of GoPro is now filled with a wide range of offerings from many companies that offer a number of different feature sets, form factors, and price points. GoPro is still arguably the top of the pops, but the charts are now full of talent. We’ve gathered together a host of great options for various consumers and use cases.

The latest and greatest from the oldest player in the game, GoPro’s Hero 10 Black is built on a new processor for the company. This allows for faster captures, increased resolution, and vastly improved image stabilization, using what the company calls HyperSmooth 4. It’s almost as impressive as having your camera on a gimbal, and can shoot in resolution all the way up to 5.3K, at 60 frames per second. This tenth iteration of the quintessential action camera also includes the best noise reduction yet, while video tone mapping is great for finding detail in the shadows of video, and helps extricate clean 19MP still images from recorded video.  Available for $350 directly from GoPro, with a free one-year subscription ($100/year after that), which includes unlimited cloud backup plus auto uploads, and a no-questions-asked camera replacement.

The Insta360 One RS essentially lets you have two cameras in one: a traditional 4K camera, as well as a 360 camera for recording dynamic, immersive footage (to be viewed in VR, for instance). It can be separated into three pieces: the camera module (with the lens), the control module (with a color touchscreen), and the battery. The modular design is slick (only a tad larger than the GoPro Hero10 when put together), and the lenses can even be reversed, letting you use them in selfie mode. For the action sports crowd, the Freeze Frame feature is pretty neat, letting you select a point in time, freeze the video for five to 10 seconds as the viewpoint changes, and then resume — adding drama to tricks and stunts. The One RS is available in several configurations: the Twin Edition, which includes a 4K Boost Lens and 360 Lens for $549.99; the 4K Edition, with just the 4K Boost Lens for $299.99, and the 1-Inch Edition, which includes the older 1-inch camera module for $549.99.

With a screen that’s positioned on its top surface and a svelte, low-profile body, OCLU’s design is unique in the action camera space. The shape makes it ideal for positioning it, say, beneath the peak of a helmet when riding a bicycle, or underneath a skateboard, while the position of the viewscreen on the top face of the camera is great when the device is attached to a handheld grip or mounted on your chest, giving you a clear view of the frame from above. The OCLU foregoes a touchscreen in favor of buttons for recording and navigation, and shoots 4K at 30 frames per second (fps) or, for slo-mo footage, 1080p at 120 fps. While the OCLU works with GoPro-compatible accessories, it’s also bundled with mounts for various snow, road, and water activities: a chest mount, waterproof housing, and various grips and mounts.

Top-tier drone maker DJI’s newest action cam — dubbed simply Action 2 — is its most compact to date. The Action 2 is fully modular, meaning that if diminutive size is essential, it can be taken apart and then used to shoot with just the tiny lens and screen alone. Assuming you can live with limited storage (32 GB) and battery (roughly 15 to 20 minutes when shooting 4K video) in this mode, this is as small as high-quality action cameras get. The flexibility doesn’t stop there; if you’re planning to use it in the water, you can throw on the underwater case. The Action 2’s built-in stabilization is complemented by a very cool feature called “horizon stabilization,” whereby your footage is kept level — even when the camera itself is tilted up to 45 degrees. The Action 2 is available for $399.99.

The current flagship from Akaso, the Brave 8 doesn’t skimp on the specs front: Its half-inch 48MP, 1.6um Quad Pixel sensor is one of the highest-quality sensors on the market. The 8K time-lapse video has to be the standout here, too, giving next-generation video quality to a popular shooting format. While its software and phone app leave something to be desired, the camera comes with several handy accessories as standard: various mounts, a case, and a remote control. It captures 4K 60fps video at up to 33 feet standard, and up to 196 feet in its waterproof case. It’s available for $279.99.

While it can handle plenty of action cam duties, the Apeman Seeker is designed as a cycling camera. Mounting on the back of your bike, it streams a “virtual rearview mirror” to your phone screen, while also integrating smart taillight, brake light, and bike lane indicators. It shoots 4K video and still photos with its 12.3MP sensor, powered by a four-core 1GHz processor and six-axis electronic image stabilization. It has front and rear displays, and will run for up to 60 minutes of recording on a charge. There’s even a front-facing version that integrates a “live stats” dashboard cam, and auto-adapting headlight. Kickstarter backers were able to preorder theirs for $299, and the Seeker R1 should be available over the coming months to everyone else at a slightly higher price point.