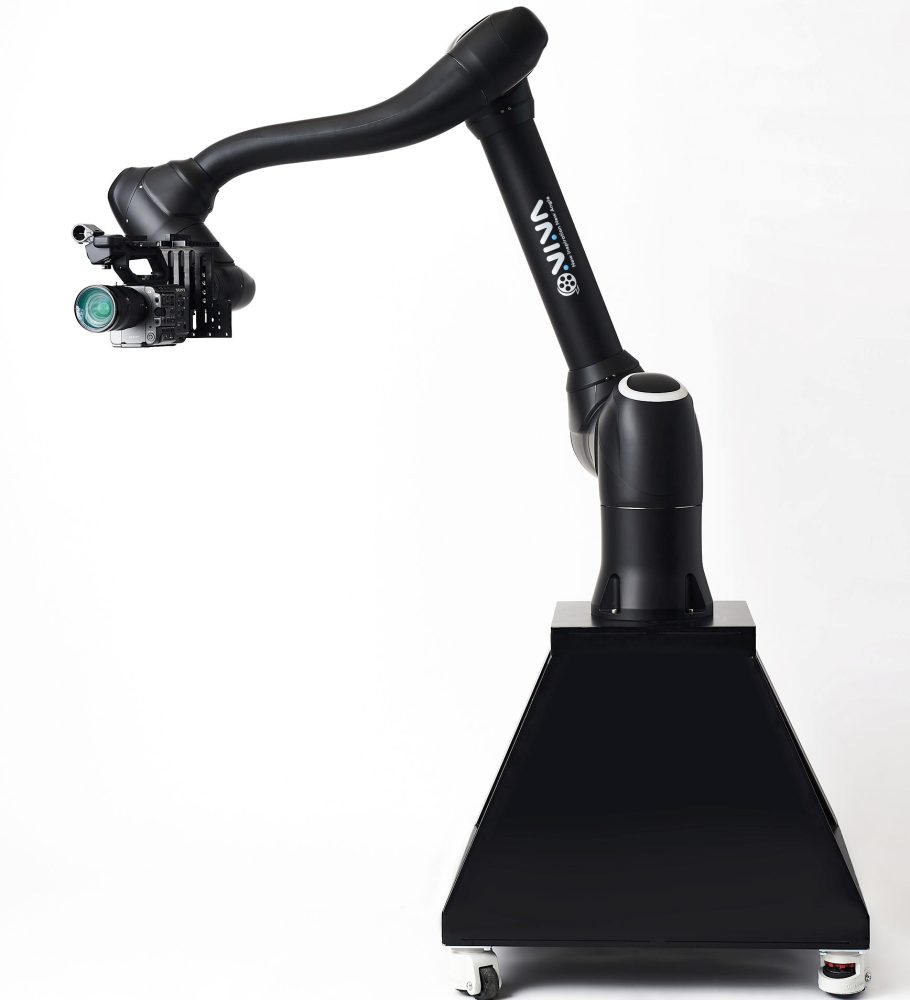 When using a camera for video recording, there’s a limited range of angles that can be achieved depending on what equipment you use. At CES 2022, Doosan Robotics revealed the NINA, the South Korean company’s first camera robot that won the 2022 CES Innovation Award.

NINA (New Inspiration New Angle) is a robot that imitates the movement of a human arm and can hold cameras at any angle. The arm can extend up to 5.5 feet for shots up to 8.8 feet from the ground and zero meters below ground. This can help users get nice high aerial shots and low ground shots that would be difficult for a human arm to reach without injury. The NINA system automatically senses an object and calculates distance, allowing smooth and consistent robotic-assisted filming. The robot also has safety and emergency stop functions to avoid damaging itself or the camera by colliding with other objects. The collision prevention technology is powered by six-torque sensors. Doosan Robotics is aiming to enter the U.S. market with its products in March of this year.

“NINA brings in a whole new era for Doosan as we expand our offerings into the entertainment and content genre, ” said William (Junghoon) Ryu, CEO at Doosan Robotics. “Our goal has been to deliver something accessible yet innovative for professional content creators across entertainment, advertising, social media, and other relevant industries, and we’re confident NINA will deliver in big ways across the board.”

The product package comes with a robot manipulator, control box, teaching pendant, Joypad controller, and device software. The joypad controller is a simple Xbox controller that can be connected to NINA for easier control of the device for those who don’t like using the robot manipulator or the control box. This is  a very smart feature to include because most people know how to use game controllers and it’s simple to learn how to use them. NINA has a teaching pendant that can help users learn how to operate the camera robot efficiently and creators can use the pendant to teach others how to achieve the angles they used.

The robot can work with action, movie, or DLSR cameras, so there is no limitation on what camera can be used. If users want to plan out what shots and angles they want, they can use the stimulation mode feature. The stimulation mode lets the user see how the angles that they choose will look in the camera before they start recording. This is helpful for the user to see if they want to make any changes to the angles they chose before they start recording. Instead of spending time and money doing constant retakes or changing the camera’s angles, the filming process can go faster because the creator already knows how the shots will turn out. Another interesting feature is that the NINA robot can share footage and angles of the video that was recorded so people can learn how to recreate certain shots they enjoyed.

The introduction of the NINA robot to the content creation industry could have the ability to expand the number of angles and shots in future commercials, movies, and music videos.