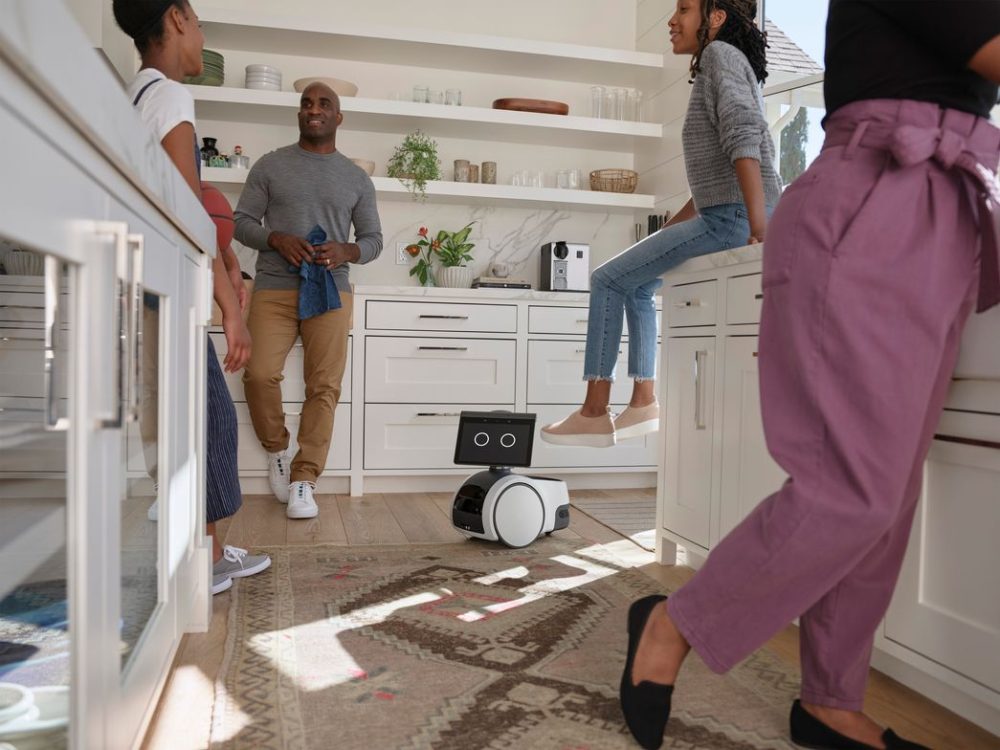 The presence of robots in our domestic lives has come a long way since the Roomba first entered the scene some 20 years ago. As AI and machine learning technologies have continued to advance the underlying technology, physical machines of all shapes and sizes have become increasingly common in our homes, cars, yards, and pools. While big tech companies are in on the action — think Amazon’s Astro, announced last year — many of the most interesting developments are coming from smaller, more focused and agile startups. We’ve gathered together some of the most exciting propositions in modern consumer robotics, which are slowing taking over many of the tasks we’d frankly rather not do — and, hopefully, not destroy human civilization as we know it in the process.

Companion robots for kids have been a major area for robot and AI tech, and we’re starting to see a proper market take shape. One popular choice is Miko, which is now on its third iteration. With dozens of emotional cues, it recognizes people and calls them by name, and gets to know kids day by day, responding to their moods — telling jokes, dancing around to shake off a case of the blues, and the like. Miko also comes loaded with 1000-plus games, puzzles, and stories, as well as a subscription plan that provides unlimited access to content from the likes of Oxford University Press, Cosmic Kids, and Tiny Tusks. The content covers a range of STEM activities, all of which are interacted with by the touchscreen and voice commands. ($250, miko.ai)

A bit higher-end — $999, plus a monthly subscription that starts at $133 a month — Embodied’s Moxie robot looks like a Pixar character IRL. It rotates around to keep eyes on its playmates with its built-in camera, and its torso can bend up and down; especially to young kids, Moxie can seem impressively alive. Through conversation, games and tasks, the robot is designed to encourage social interactions in kids five to 10 years old, foster creativity through play, and teach emotional regulation techniques to help address anxiety. (embodied.com)

Roborock’s S7+ is among the latest wave of robovacs, which bring more features than ever to the table (or the floor, as it were). Firstly, not only can it both vacuum and mop your floors, it can also do so at the same time, meaning more efficiency overall. While hybrid cleaners typically avoid carpets while mopping, the S7+ lifts up its mopping pad when it detects carpet. Another new feature aims to take the major pain point out of robovacs — it comes with a self-emptying dustbin, which it sends to a larger storage unit attached to its charging base. While technically it doesn’t sanitize your floors — it uses water, not a soapy cleaning solution — this is still one of the most powerful, feature-packed cleaning robots on the market. ($950, us.roborock.com)

This small, wired device cleans windows with washable microfiber pads, using artificial intelligence to select the best cleaning pattern and detect window edges. While the Gecko does most of its work automatically, the user can also take manual control via the included remote to clean hard-to-reach spots. Of course, this device is handiest on high windows that aren’t easily accessible from the ground; fortunately, if the Gecko loses power, it is easily caught with its attached safety rope. ($200, gladwellclean.com)

Another target audience for the home robot: pets. While Enabot’s Ebo Air has multiple uses — its onboard 1080p video camera and microphone make it a generally useful home monitoring device — the fun is when a pet gets into the mix. The Ebo Air has wheels to move around, a laser with which to play with your cat, and a built-in speaker so you can talk to your pet when you’re not home. You can set a schedule to get the bot to seek out pets and use its laser when you’re not around, and unlike stationary security cameras, it can search for the pet in question that might be, say, hiding under the bed. Released earlier this year, the new Air combines the features of both of its predecessors, the EBO Pro and EBO SE, and adds a brushless silent motor and an anti-drop function. ($229, na.enabot.com)

Designed not for young minds but rather for old souls, ElliQ is aimed at seniors, and particularly those who spend much of their days alone. It’s similar to the sort of AI assistants we’ve become used to — Amazon’s Alexa, Google Assistant, Siri — but doesn’t wait to be engaged with. It instead initiates things like conversations, reminders to, say, take medication, and suggests activities. It remembers stuff it’s told, and attempts to get to “know” its owner, engaging them in mindfulness techniques and trivia games. Like the Moxie, it can move in a way that brings it to life physically, with a variably lit area that can turn towards the user and gesticulate, albeit in a basic way. ($250, plus $30 per month subscription, elliq.com)

With a rather extensive lineup of robot lawnmowers, Swedish brand Husqvarna has a robomower for lawns of various sizes. They all make use of a mobile app for starting, stopping, real-time monitoring, scheduling, and mapping your property. The 430X has lots of bells and whistles: Not unlike some advanced electric shavers, the three-blade design allows it to navigate the varied topography of different lawns without cutting the grass too short when it climbs inclines or cuts at an awkward angle. The electric motor and lithium-ion battery give it over an hour of cutting time and quiet operation. ($2,500, husqvarna.com)

Amazon Astro
Sort of Amazon’s take on R2D2, Astro is the company’s first attempt to bring its Alexa artificial intelligence into customers’ homes in a more mobile, robotic form factor. In some ways, Astro functions as an Echo Show on wheels, but with a more “domestic” slant — it can dance around when asked, playing music as it does so. Astro’s discovery mode has it build a map of your home, narrated by you as you give it a tour tell it the name of the rooms it’s in. It’s designed as a helper, companion, and source of valuable information; while it’s been a bit of a slow burn (the product is still hard to find in the wild, and still has some bugs to sort out), you can bet Amazon has big plans for domestic robots in its future. ($1,500, amazon.com)

Cozmo 2.0
Cozmo 2.0 is the followup to 2016’s educational toy robot, small enough to live on your desk and designed to evolve and get to know its owner. Using the associated app, users can create simple programs to customize things like Cozmo’s movements, voice, and schedule. This second version features improved camera resolution and thereby facial recognition, able to make out when you’re smiling or frowning. It’s also more sensitive to its surroundings, avoiding things like falling off of tables. ($300, digitaldreamlabs.com)