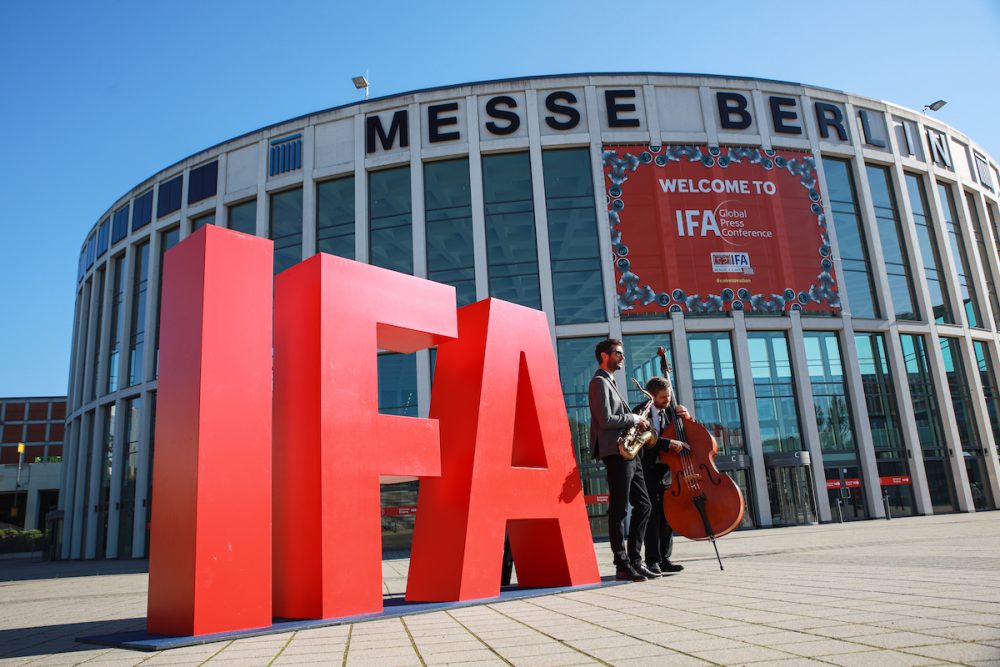 IFA decides not to increase ticket prices for the public

Techies can look forward to IFA finally opening its doors again – from September 2-6 2022. In addition to the latest products, services, and trends from leading brands, the world’s largest trade show for consumer electronics and home appliances is also presenting a wide-ranging entertainment program for the public. Autograph signings featuring TV stars, top athletes, and footballers, live cooking events, talk shows, games, and e-sports events, as well as music gigs with the latest stars: it all means that with IFA the Berlin Exhibition Grounds will be transformed into ‘Entertainment City’.

“We look forward to finally welcoming visitors to IFA again on the Berlin Exhibition Grounds. That is why this year we decided not to increase ticket prices – despite inflation and rising costs. That way, we would like to thank our visitors for their loyalty, and together with them celebrate the industry restarting business“, said Kai Mangelberger, Director of IFA 2022.

2019 ticket prices apply in the various visitor categories. That was the year in which IFA last took place live on the Berlin Exhibition Grounds. Event tickets are available exclusively online.

Additional information can be found in the ticket shop

Register now and we will notify you as soon as the official media registration for IFA 2022 starts.

IFA, the world’s most significant trade show for consumer and home electronics with a record number of new products being unveiled is the main marketplace for key retailers, buyers, and experts from the industry and the media. IFA 2022 takes place in Berlin from September 2-6.

Berlin has been a trade fair location for 200 years, and one of the most important in the world for many decades. As the state-owned trade fair company, Messe Berlin makes a major contribution to the city’s position. It designs, markets, and organizes hundreds of live events every year. Its broad portfolio includes the global brands and leading trade fairs IFA, InnoTrans, ITB, FRUIT LOGISTICA, and the International Green Week, as well as major conferences and outstanding events, such as the Fan Mile at the Brandenburg Gate. With around 90 offices abroad, Messe Berlin markets its events in over 170 countries. Every year around 25,000 media representatives from all over the world are accredited to the events at the company’s headquarters under the Radio Tower in Berlin alone. Messe Berlin strives to be an outstanding host to visitors at all of its events, to provide the best possible business impetus, and to ensure fair conditions for everyone. This self-image is reflected in the company motto: Messe Berlin – Hosting the World. www.messe-berlin.de

READ THE FULL VERSION OF THIS ARTICLE HERE