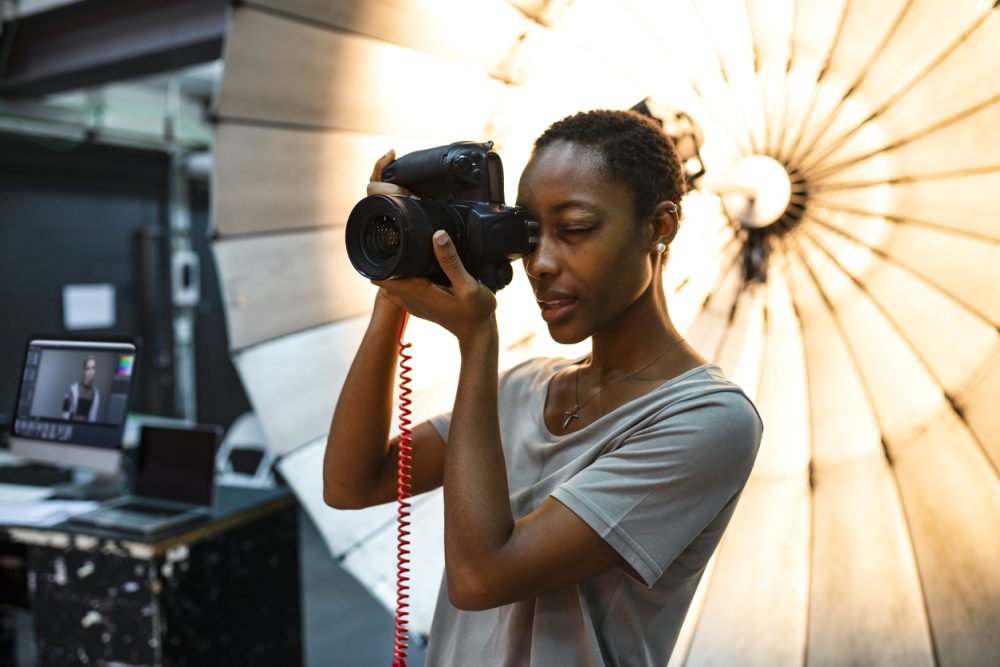 Berlin Photo Week 2022 took place this last week at Arena Berlin and celebrated 75 years of Magnum Photos. Dealerscope spoke with Benjamin Jäger, the art director of Berlin Photo Week, to find out more about the show.

Dealerscope: Why did you choose to partner with Magnum Photos?

Jäger: Honestly, you don’t choose Magnum. It is more a privilege and an honor to work with such a famous agency and to be the official partner celebrating the biggest international event program on Magnum’s 75th anniversary.

Magnum is the perfect partner for us to be able to celebrate the different facets of photography. The agency’s legendary photographers have created icons of photography that have shaped our collective visual memory over the past 75 years. For this reason, we have also decided to present the exhibition MAGNUM PHOTOS – 75 years. This exhibition turns the lens around in order to focus on the Magnum photographers and their stories. It examines the ways in which the photographers, the agency and the medium of documentary photography have evolved over time. It provides a valuable and fascinating insight into the process and historical background of the making of many of the finest photographs of the 20th and 21st centuries.

However, it is not only the images from the past that we exhibit or discuss but also the current ones that may become the icons of tomorrow. Especially in times of fake news, it is enormously important to have such a credible agency with renowned photographers that you can rely on for their sources and images. This is exactly what we want to discuss on site and also make clear to visitors the importance of photographs, especially in the digital age. We have a Magnum conference day and are especially proud that SPIEGEL — one of the most important news magazines in Germany — hosted the conference with their editors.

There are numerous masterclasses, workshops and book signings with the photographers in our Main Hub of the Arena. In addition, there are many exhibitions, openings, parties and events with Magnum photographers throughout the city in museums, galleries and institutions. Please check our program, it is worth it.  These are just a few reasons to describe why MAGNUM is the ideal partner for BERLIN PHOTO WEEK and all our visitors.

Dealerscope: How do you decide what photos get selected for Berlin Photo Week?

Jäger: Actually, you can’t answer that in general, because it varies from year to year. This year, of course, the focus is on the MAGNUM photographers. However, it is important to us that we not only present pictures of the famous founding fathers but also want to present contemporary and current topics especially by young photographers — the next generation of MAGNUM — so to speak. We are showing the Propaganda series by Nanna Heitmann (b. 1994 in Ulm, Germany) a documentary photographer and a Magnum associate who is currently based in Moscow. She presents in a simple and direct way the visual propaganda used by the Russian government to “shape the minds” of the Russian people. She also chronicles the effects of this propaganda with her ongoing coverage of Russia and its invasion of Ukraine.

Furthermore we are presenting the impressive series “La Casa Que Sangra,” (The House That Bleeds) by Mexican photographer Yael Martinez (born 1984). It is a documentary photography project that focuses on communities fractured by organized crime, in a physical and psychological sense.

But also the numerous other events throughout Berlin focusing on Magnum add to the great charm of the Berlin Photo Week. Dr. Candice Hamelin from Reinbeckhallen curated especially the exhibition JETZT – Magnum Photos. The exhibition will feature ongoing and recent projects by 20 photographers. Each of these asks us — whether it is by framing their photographs with fictional and non-fictional texts or by incorporating film, sound, architecture and textiles into their practices — to reflect not only on how photographic genres, in particular photojournalism, are changing, but also on the role and the possibilities of photography today.

The Helmut Newton Foundation exhibits “Magnum Photos: The Misfits” at its project room on the ground floor. This exhibition takes the visitors back about half a century to an influential era of big film productions. Arthur Miller’s play The Misfits was filmed by John Huston with a star-studded cast, and nearly all the Magnum members — like Dennis Stock, Elliott Erwitt, Henri Cartier-Bresson, Bruce Davidson, Cornell Capa, Ernst Haas, and Erich Hartmann, a who’s who of the history of photography at that time — took photographs on the set in Reno in 1960. Furthermore galleries like Friedrich Loock presents “A Pound of Pictures” by Alec Soth, Robert Morat shows “Family Trilogy” by Christopher Anderson, and there is also CHAUSSEE 36 “Dancing through Times of Uncertainty” with photographs by Inge Morath.