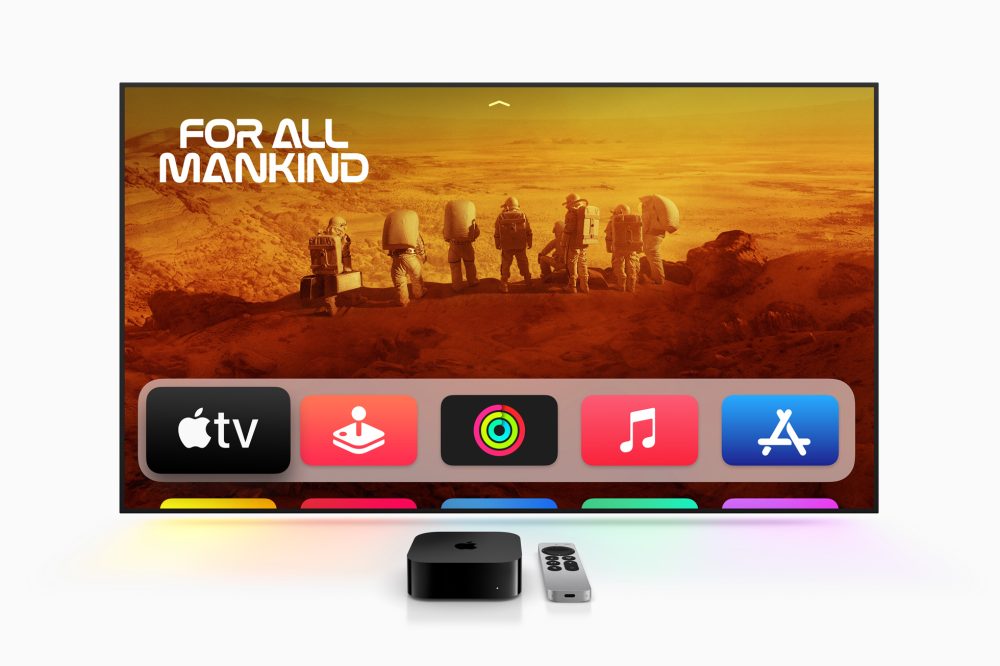 In addition to its announcement of a new iPad Pro and other new iPads on Tuesday, Apple also took the wraps off of a new Apple TV product, the latest edition of its Apple TV 4K.

Coming in both Wi-Fi-only and Ethernet editions, the new Apple TV 4K also adds HDR10+ support to Dolby Vision. It also comes with a Siri Remote.

This is the third generation of the Apple TV 4K, with the first unveiled back in 2017.

“Apple TV 4K is the ultimate way for Apple users to enjoy their favorite entertainment on the biggest screen in the home, and now it is more powerful than ever,” Bob Borchers, Apple’s vice president of Worldwide Product Marketing, said in the company’s release. “The new Apple TV 4K is unlike anything else out there, given its seamless connection to other Apple devices, ease of use, and access to amazing Apple content. It offers something for everyone in the family to love.”

In addition to a product for streaming entertainment, Apple is pitching the new Apple TV 4K as a Smart Home Hub that taps into the HomeKit ecosystem.

Apple TV has now been around for 15 years, after it was first introduced in 2007. In the final years of Steve Jobs’ stewardship of Apple, the company was rumored to be working on an actual television set, and Jobs even told biographer Walter Isaacson that he believed he had “cracked” the product, toward the end of his life.

But Apple never brought out such a product, using the name “Apple TV” on the streaming box instead. Apple would go on to use a similar name, Apple TV+, for its streaming service that launched in late 2019.

The new Apple TV 4K with Siri Remote has an MSRP of $129, and is available from Apple and authorized resellers. It can be ordered now but is not scheduled to arrive until November 4.

This week’s product announcements did not come as part of a traditional Apple keynote event, but rather were announced by press release, although Tim Cook did tweet about the new iPad lineup on Tuesday.