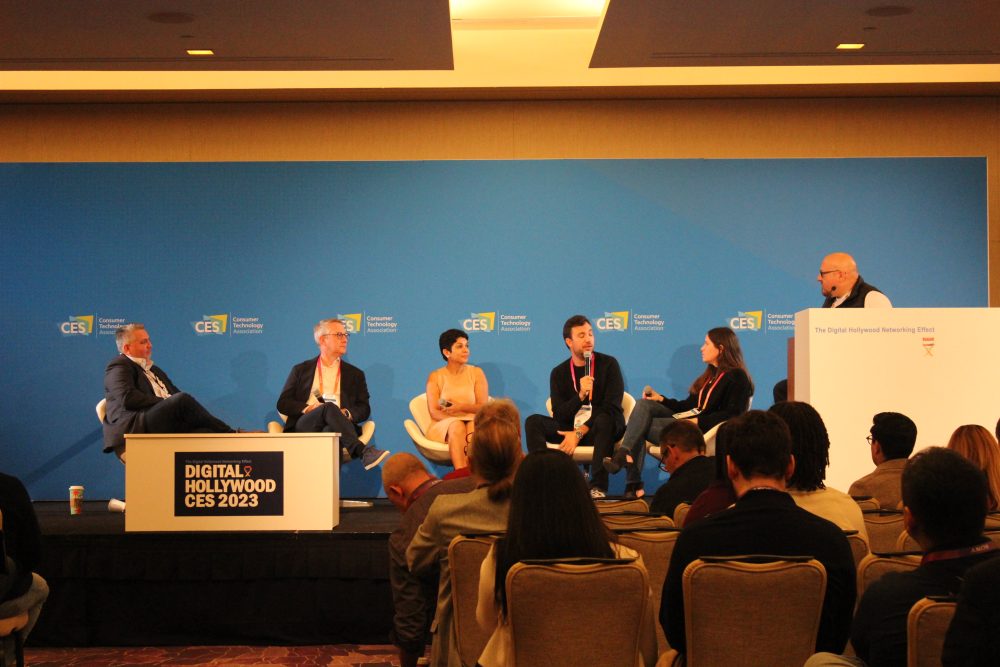 At the “Future of TV & Streaming: Programming & Multi-Platform Strategy” panel at CES, I was able to get a glimpse of what media companies have planned for the growth of content creation, advertising, and consumption. The panelists were Jason Brown from DirectTV, Grant Michaelson from Disney+, Ana Salas Siegel from Telemundo, Andrea Zapata from Warner Bros Discovery, Jonathan Hurd from Altman Solon, and Deirdre Thomas from Nielsen. Each panelist gave insight into how technology has helped them understand their consumers.

The growth of Live events

Our panelists discussed how even though streaming is the main form of content consumption, live events are what keep certain channels alive. There has been a revival of interest in watching live events, like sports on TV. One of the panelists mentioned how when she worked on the 2022 FIFA event the ratings and viewer turnout were a huge success. There is something about being able to watch events in live time that consumers love. I believe that one of the reasons for this is that live events can easily be spoiled on social media. I watched the FIFA matches this year and whenever I missed a match and planned to watch it later the scores and memes on social media spoiled the entire match for me in less than 5 minutes. This was extremely annoying to me because now there was no point in me watching the match since I already knew who won. The fear of having live events spoiled could be one of the big motivators for consumers to want to watch live TV and this growing interest in live TV has other companies trying to incorporate more live events on their streaming platforms.

Grant Michaelson from Disney+ mentioned how the streaming platform plans to experiment with more live events in the future after seeing success with their live streaming of the Elton John concert. This gives consumers the power to view live events they couldn’t personally attend and helps artist reach viewers globally.

Now that most streaming platforms have ad tiers, advertisers need to find ads that will resonate with the correct target audience. All the panelists agreed that advertisers are modernizing how they target consumers since privacy laws have been changed. Ana Siegel from Telemundo talked about how the population of US watchers is diverse and multiple people have grown in bilingual households and advertisers should consider this when placing ads on streaming services. She goes on to say that “advertisers need to create ads that connect to viewers [cultures] and just because someone speaks Spanish doesn’t mean they have the same culture.” I agreed with her point because someone from Mexico vs someone from Nicaragua may speak the same language, but have different cultural practices. But with viewership data from households, advertisers can determine which houses are bilingual based on the content viewers watch.

The world of advertising is changing to make ads more personal for media consumers. Andrea Zapata said that she believes this type of personalized advertising based on what content is viewed can be effective. She talked about HBO Max’s recent collaboration with Google Shopping and how the feature was advertised in the popular show The Sex Lives of College Girls. One of the characters talked about how they bought lipstick through Google Shopping and this was a great way to grab consumer interest because it piques their curiosity.

With the returning interest in live TV and the personalization of ads, the world of content consumption and advertising could change as we know it. In the future consumers could choose what ads they want to see or receive ads in different languages to fit their household. Consumers can also start to see more cross-platform streaming and advertising as Tv is no longer the main source of where consumers can find video content. I’m curious to see what advertisers and media companies will do to be more inclusive with their content.