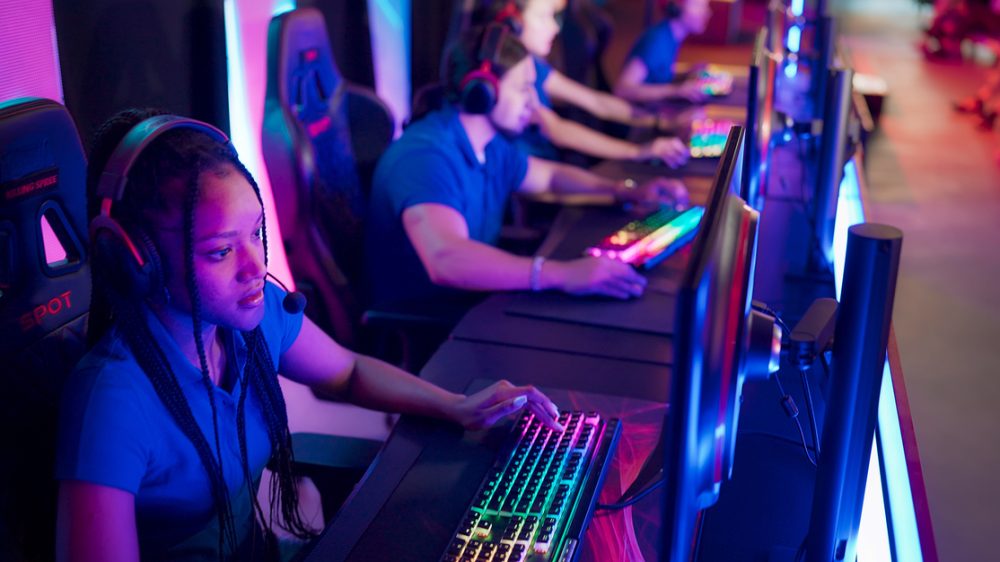 The modern esports landscape has grown swiftly and steadily over the last decade, and is expected to continue apace — there were 25.7 million esports viewers in the U.S. in 2018, for instance, and that number is projected to rise to more than 46 million by 2023. On a consumer level, this has meant a widening of the market for professional- and prosumer-grade gaming hardware and accessories, from manufacturers large and small. It’s an expanding industry, and includes everything from streaming gear — think: capture cards, microphones and headsets — to input devices like mice and keyboards, i.e. the core tools of the trade for professional players. We’ve rounded up a host of accessories for the professional esports player and the millions of gamers out there aspiring to become one.

For the serious PC gamer, a solid and reliable keyboard is essential. Logitech’s aptly named Pro Keyboard is a great option: it uses GX Blue clicky mechanical switches, Lightsync RGB lighting with custom lighting profiles and features an impressive 1ms response rate. For a more customizable option, the Mountain Everest Max uses hot-swappable Cherry MX keys, which can be replaced with custom keycaps (of which there are now nearly infinite, boutique choices on the market). Additionally, the Everest Numpad can be attached to either the right or the left side of the keyboard, while the magnetic palm rest provides extra cushioning for those long gaming sessions.

Along with a keyboard, a solid mouse is an essential piece of kit for the pros. Logitech’s G502 Lightspeed is stacked with premium features, like six additional weights for customizing its feel, a number of programmable buttons, and wired or wireless connections. With the Powerplay wireless charging mousepad, the mouse is always charged — without ever having to plug it directly into a USB port. Razer’s customizable Basilisk V3 gaming mouse is a great alternative, with 10 programmable buttons, a HyperScroll tilt wheel, and Razer’s trademark Chroma RGB lighting, with 11 individual LEDs to customize to your liking (or your team’s colors). Finally, Pulsar’s Xlite V2 uses the company’s flagship low-power sensor for up to 70 hours battery life, along with customizable “skate” texture options for the bottom of the mouse, to account for individual play styles.

A quality headset is another must for pro gamers, for a number of applications: narrating streaming sessions, communicating with teammates in multiplayer games, and hearing subtle audio cues that might mean the difference between victory and defeat. Audeze’s Penrose headset is a great option, sporting a solid 13-hour battery life, broadcast-quality detachable mic, and comfy padded ear cups. It comes in two variants (for Xbox/PC and PlayStation/PC, respectively), and uses a dongle to create a very low-latency wireless 2.4GHz connection between the machine and the headset. For serious sessions, you can also connect to the headset using the included 3.5mm cable for zero-latency audio. Audio-Technica’s ATH-GL3 is another great, budget-friendly option: this lightweight, wired gaming headset comes with a detachable boom mic, built-in volume control and a mute switch for easily-accessible controls. It’s compatible with PS4, PS5, Xbox One, Xbox Series X and pretty much every PC under the sun. Rounding out its esports lineup, Logitech’s G Pro X headset sports a metal frame and thick cushioned earcups, PRO-G 50mm drivers, and a mic that makes of Blue’s microphone technology, along with its host of realtime voice filters to ensure you come across as loud and clear as possible.

While plenty of gaming headsets (including those mentioned here) feature high-quality built-in microphones, ultimately nothing can beat a proper professional microphone for achieving pristine audio quality on streams. Neat’s Bumblebee II is a versatile USB mic that offers professional-quality 24 bit/96 kHz digital audio output, an internally shock mounted, 25mm condenser capsule, and zero-latency headphone monitoring with volume control, mic gain control, and mix control. For something a bit more flexible, Shure’s MV7 features both USB and analog XLR outputs, for use directly with computers and professional interfaces alike. When using it over USB, this cardioid mic even features a cool Auto Level Mode (via the ShurePlus MOTIV app), that lets you easily control vocal tone and distance from the mic. Finally, the EPOS B20 lets you choose between four different pickup patterns — cardioid, stereo, bidirectional and omnidirectional — for the optimal recording setup. Whether you’re doing a solo stream, a partner broadcast or a team stream with a bunch of people in the same room, it’s a mic built for maximum versatility.

When accuracy and consistency are priorities, you want your gaming PC focused on the task at hand — that is, powering the game you’re playing, without any hiccups. That’s where an external card for capturing and streaming comes in, offloading the significant capture load off of your main rig. Iogear’s latest offers up to 30Hz 4K gameplay capture or 120Hz 1080p capture, and the ability to passthrough 4K HDR footage at 60Hz or 1080p at 240Hz. It’s able to capture content from a range of different devices (including game consoles), is compatible with broadcast software including Streamlabs and XSplit, and can also record party chat between players.

Finally, a great monitor can also be crucial for pro gamers, providing the best possible view of the action. At the high end, Alienware’s 34 QD-OLED (AW3423DW) is a killer option: with a razor sharp OLED display and vanishing 0.1ms response time — not to mention a 3440 by 1440 resolution curved screen and a refresh rate of 175Hz — it’s as good as gaming monitors get. On the other end of the spectrum, Gigabyte’s G27Q is a great IPS 1440p display that won’t break the bank. This 27-in. monitor has a vibrant IPS panel, with 8-bit color with 92 percent DCI-P3 coverage, and is even HDR capable. Oh, and the solid 1ms response time ensures that you won’t miss a beat.