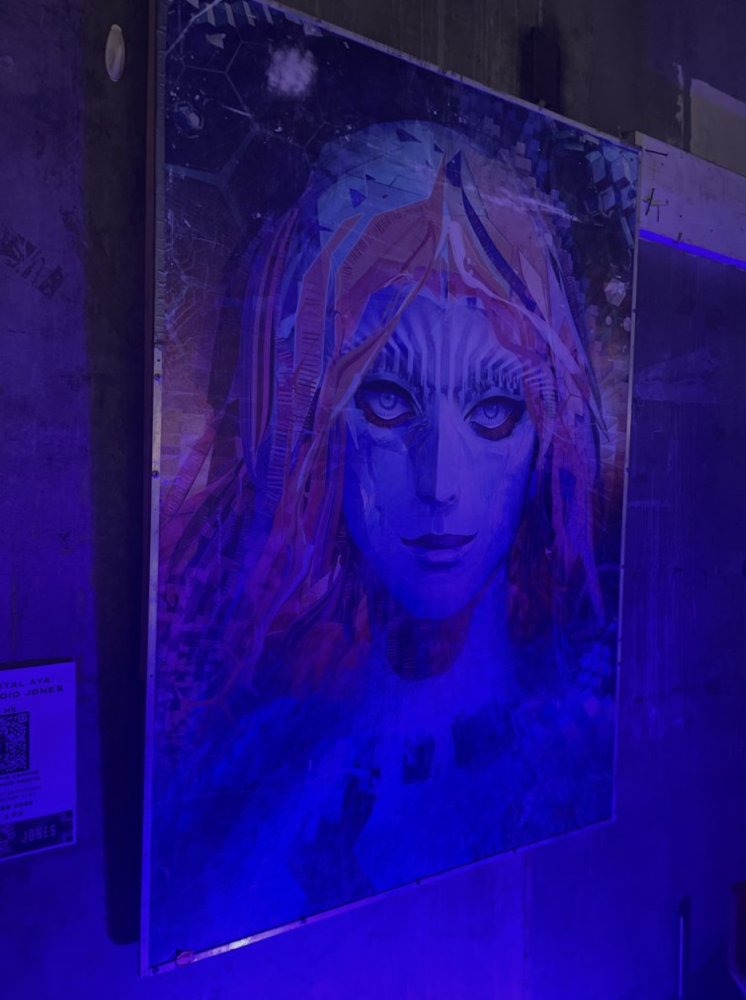 Fresh off a plane to Mexico, I walked into a house of 26 women who had spent the last 48 hours together, preparing to compete. These weren’t just any women. These women had swam upstream in a man’s world and had no intentions of slowing down. These women were strong, tenacious, confident, friendly and so welcoming to a newcomer like me: a newcomer who wasn’t sure exactly how a hackathon worked. Were we going to break something?

During a hackathon, you “hack,” or innovate, at a marathon pace. Our “hacker house” included women developers at Fortune 500 companies, Ivy League computer science graduates, and directors of blockchain at financial institutions.

This felt like the culmination of two years of exploration into the cryptocurrency and blockchain world, also known as “web 3.” Through a partnership between Blu3 DAO and Polygon, these 27 women were sponsored to compete for over $150,000 in prizes at ETHGlobal in Mexico City. Vitalik Buterin, co-founder of Ethereum, would even be speaking live in a masterclass on future uses of the protocol.

There are a lot of different niches in web 3; they are similar and different at the same time. It’s similar to the consumer electronics industry, where you find home theater, pro-av, security and retail all sharing many of the same vendors and technologies, with minimal event attendee cross-over. In cryptocurrency, events are either “protocol” based (i.e Bitcoin, Ethereum, Near etc.), or sector based (decentralized finance, NFTs, metaverse, regenerative finance, decentralized autonomous organizations, gaming and more). Many of these events include a hackathon or have many co-located hackathons. At all of these events, you will find developers, founders, venture capitalists, retail investors, Fortune 500 companies, NFT artists, lawyers, accountants, people dressed up in costumes and so much more. The balance of these attendee types relies on the niche of the conference or event, and they each have their space to shine.

ETHGlobal was about innovation on the Ethereum platform, more specifically how we plan to innovate and onboard the next billion users to the Ethereum blockchain. As hackathon participants, we were there to form teams, learn new protocols, build an app, compete for bounties (prize money), tweak, fix, change, pitch, and pitch again, in just 38 hours.

So why was I there? Because I had spent two years doing just about everything to understand this blockchain/cryptocurrency/NFT space that you hear about in the media, and curiosity got the best of me. I had gained early exposure to crypto through college friends, but maintained healthy skepticism and a duffle bag full of misconceptions.

Eventually 2020 came along and we all found ourselves sitting with more down time than we knew what to do with. Alongside endeavors to earn a degree in YouTube gardening, I started exploring the blockchain space. I can attest both interests have withstood the test of time.

My first crypto event was Miami Crypto Experience in 2021. This event was lighthearted, NFT focused, and much like you might imagine a “crypto event.” Luxury cars were raffled, and workshops offered on how to create your very own NFT. Although I ultimately left that event yet to be convinced that the industry knew what it wanted to be when it grew up, it was there that I realized just how welcoming the people in web 3 are. It is truly unbelievable. The night before the conference I unknowingly bumped into NFT/crypto influencers Kenn Bosak, Miss Teen Crypto, Miggy Crypto, and their cohort, who welcomed me into their evening’s adventures and spent the night answering my many, many, questions on what the heck an NFT actually was.

Fast forward to 2022, I found myself walking the venues of ETHDenver. More established than the Miami Crypto Experience, this event touted its very own buffalo unicorn mascot, event currency ($SPORK), adjacent DeadMau5 performance and incredible support from the Colorado government. It was like nothing I’d ever seen before. Something akin to a well-established GenZ science fair sprawling through downtown Denver. A street filled with food trucks fulfilled orders for eager event attendees, and amazingly this food, and the vast offerings inside, were included gratis with attendance (which was actually complimentary upon accepted application).

Again, I was welcomed warmly by the web 3 community. New and existing friendships with team members of FiO Protocol, KeepKey, ShapeShift DAO, Mandala, and SimpleDeFi, allowed me to roam alongside knowledgeable crypto folk and absorb. Once again I found myself asking many, many, questions. After ETHDenver, I was officially confused about cryptocurrency’s journey as an industry, albeit interested like never before.

ETHDenver was a momentous stop on my web 3 journey because for the first time, I spied a group of women roaming a crypto conference together. There were actually two groups! I took to Instagram to find out what they were about. I learned that they were the relatively new women’s organizations, H.E.R DAO and Blu3 DAO. DAO is a web 3 term for “decentralized autonomous organization,” i.e an organization run through a common mission statement and coded smart contracts. Their grounds for existence, benefits, risks and future applications are an article of its own. For today we will leave it that: “a DAO is an organization.” I instantly joined both groups on their preferred chat apps, Discord and Telegram.

Several months later, I found myself riding scooters through the streets of Austin with five friends from ETHDenver. They were riding along to escort me to H.E.R DAO’s womxn’s event during Consensus, a crypto conference in Texas. Much like being dropped off at an after-school program, they patiently waited at the adjacent restaurant as I timidly walked into a room full of ultra-smart women. I left that event inspired and excited. Upon leaving, I committed to finding a place to participate within web 3’s female world. I wanted to contribute to this mission of making web3 accessible and inviting for all.

This August, there was an announcement posted by both DAOs. They were opening applications for women to compete in Mexico at ETHGlobal. A moment of imposter syndrome and hesitation passed, and then I filled out the applications. What was the worst that could happen?

Three weeks later I was smiling ear to ear on the ETHMexico stage with Blu3 DAO as we celebrated a slew of awards and prizes amongst the teams. Through a partnership with Polygon, Blu3 DAO flew 27 women from around the world to Mexico city. This was an unprecedented amount of female competitors for any prior event. This accolade can be directly attributed to both Blu3 DAO and H.E.R DAO’s efforts.

Electronics, finance, art, transactions, verifications and so much more will ultimately evolve with the continued innovations of blockchain technology. Buzzwords like “NFT” will be replaced with less provoking words, like “digital certificate,” and mobile validation,” masking the underlying blockchain technology for the end consumer.

What clearly won’t change? The tenacity of the females in this space that are working nights and weekends to make sure that every single woman and girl has the opportunity to thrive in the blockchain universe.