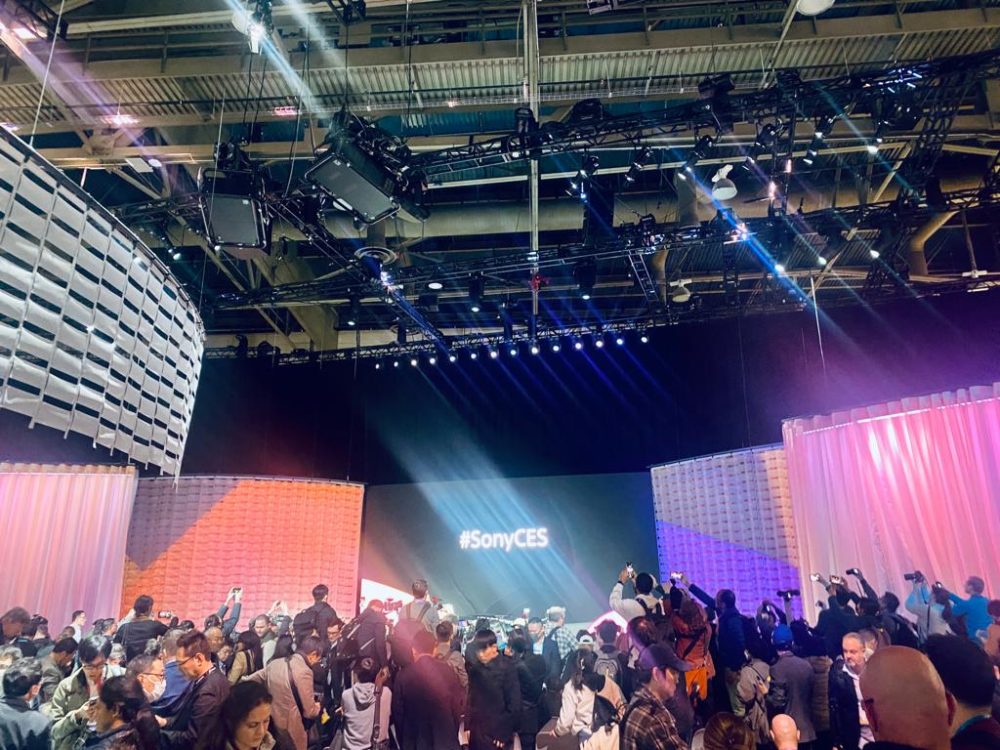 Sony’s official 2023 press conference took place at 5 p.m. PST at the Las Vegas Convention Center, ahead of CES 2023 opening officially tomorrow. Kenichiro Yoshida, chairman, president and CEO of Sony shared how the company is moving people forward. According to Yoshida, everyone wants to move forward, despite uncertain times, but what has remained constant was the desire to experience joy and amazement.

Sony’s corporate direction is to get closer to people, while also considering their impact on the planet. Sony showcased how they are collaborating with creators to reach and inspire people. In their film division, they bring to life fascinating stories, and they are proud of films that experience a diversity of voices. Nicole Brown from TriStar pictures spoke about how their videos are moving and powerful. Sony also touted the upcoming film Gran Turismo, including bringing on stage and Neill Blomkamp, director of Gran Turismo, and showcasing a sneak peak of the film, coming to movie theaters summer 2023.

Audiences value live events, so Sony wants to make live experiences possible, even if they are not physically present. Recently they talked to creators about what they thought experiences in the virtual worlds would look like; responses included dancing on stage with a favorite performer, ways to explore new spaces and sports virtually. They want to provide a virtual experience that feels physical.

The PlayStation VR2, one of the big highlights of the conference, takes users into a new type of game play that is immersive and interactive.  More than 30 games are on track for the launch window. These games showcase PSVR2 ability to capture player’s senses in different ways. Today Sony announced that Gran Turismo, as well as Beat Saber, will be included in that. Another accessory announcement is Project Leonardo, a new PS5 controller kit to help disabled people play more easily, more comfortably and for longer periods. It is highly customizable and works out of the box.

Yasuhide Mizuno, representative director, chairman and CEO of Sony Honda Mobility, made the final biggest announcement of the press conference. His vision focuses on autonomy, and will write a new chapter in how people move. Their new brand, Afeela, was announced by driving the sleek silver car on stage. This prototype uses immense sensing and AI technologies and is expected to take orders in 2025, with deliveries made in Spring 2026.

They are taking an approach that takes new standards for mobility. It focuses not only on driving dynamics and performance, but also interfaces. They want to visit the underlying philosophy of design. The front shares various information for people around it and the car itself includes 360 oval sensors, along without interior technologies. There are 45 cameras and sensors inside and outside the vehicle. They envision a new in-cabin experience, including video content. They are working closely with Qualcomm technologies to recognize next generation mobility experiences.

Kim Libreri, CTO of Epic Games, then came on stage, to simply hint that they are working to provide a better way to intersect mobility, social networking and entertainment. In the future the car will be a continuum of our digital lives, and Sony Honda Mobility is positioned to lead these experiences.

OKAI and NAE Tackle DTC E-Mobility in the U.S.