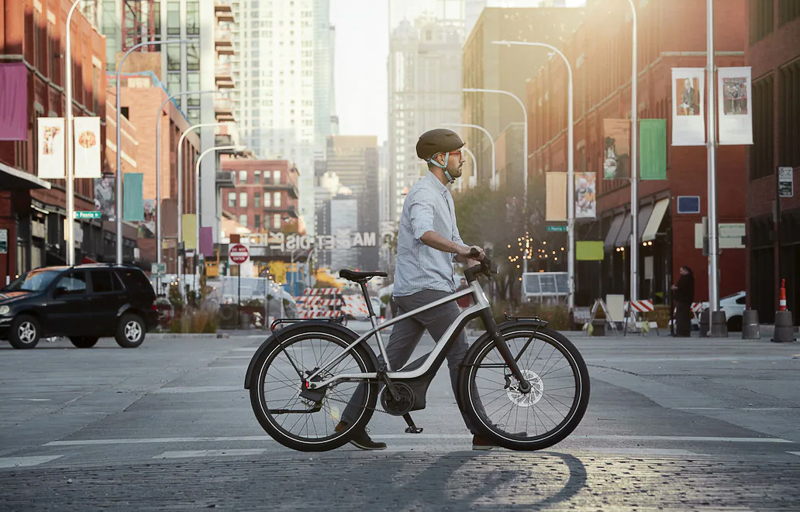 The e-bike was a glimmer in Harley-Davidson’s eye even before the pandemic made power-assisted bicycles such a hot item. Started in 2018 and later spun out of the Milwaukee motorcycle maker, the e-bike company is officially known as “Serial 1 Powered by Harley-Davidson,” combining the resources of the 118-year-old brand with the agility of a startup. The first Serial 1 bikes out of the garage demonstrate design prowess and make for an impressive debut.

Not unlike the headphone craze, companies have been rushing into the e-bike market, including traditional bicycle makers like Cannondale, Specialized, and Trek as well as more recent e-bike specialists like Rad Power Bikes and Biktrix. However, in our testing, we found the Serial 1 Rush/Cty model manages to stand out in a crowded arena. It’s a big, bold bike for urban commuters that is designed to be as maintenance-free as possible thanks to technology like an automatic transmission/gearing and carbon fiber belt drive system; no more fiddling with derailleurs and chains.

The Serial 1 Rush/Cty is not as lissome as e-bikes like the 45-pound Charge Bikes City but it’s not as beefy as off-roaders like the 65-pound Biktrix Stunner X. It stands somewhere in the middle with 2.4-inch-wide street tires, which are wider than typical tires on commuting bikes but more refined than the knobby fat tires on cross-country bikes. It helps give the aluminum Serial 1 a big-city feel, along with the in-tube battery and integrated fenders and cargo rack. Unique features include a small, lockable glove compartment that is large enough to hold a small water bottle. All the wiring is routed inside the frame, keeping things neat and tidy, and a suitably bright LED headlamp is included.

During several days of testing, the Serial 1 Rush/Cty bike proved to be an extremely stable ride, aided and abetted by those wider tires and a Brose mid-drive motor. In spite of its full size, the Rush/Cty was responsive and easy to handle, with a comfortable upright riding position and wide-grip handlebars. Dodging potholes was a snap, and the bike stayed steady under panic braking and on blustery days cycling through concrete canyons.

On the downside, some riders will find the Serial 1 delivers a rather harsh ride. At speed, severe bumps can jolt the handlebars out of your hands if you’re not attentive. A front suspension fork would go a long way to remedying the situation. Also irritating is that the only way to change the cadence or rpm of pedaling is to stop, open the Enviolo smartphone app and change the pedaling rpm (it’s set at 75, but we found 60 offered a better pace and more resistance).

The electric-assist only works while you pedal (there’s no throttle for full electric power) and cuts out when you hit 20 mph, so when going downhill it can become harder to pedal when you exceed that speed. There are four ride modes, and depending on the mode, your battery mileage will vary. For example, during one ride, Tour mode registered 31 miles of range while Sport mode dropped the estimated range down to 14 miles. However, even without the electric assist, you can still pedal around on Serial 1 Rush/Cty with little resistance.

The Serial 1 Rush/Cty is a premium bike and is priced accordingly at $4,999. There’s also a Rush /Cty Speed version that goes up to 28 mph, for a whopping $5,599, but it’s also pedal-assist only, no throttle included. Still, the Harley-backed brand is comparable to competition from well-regarded models from traditional cycle makers like Netherlands-based Gazelle. The Gazelle Ultimate H380, which also uses a belt drive and integrated design with a mid-drive motor, is $4,249, for example. Still, the Serial 1 Rush/Cty has its work cut out for it as it tries to carve a niche for itself in the congested e-bike market.

EVs Are Here to Change the Retail Landscape