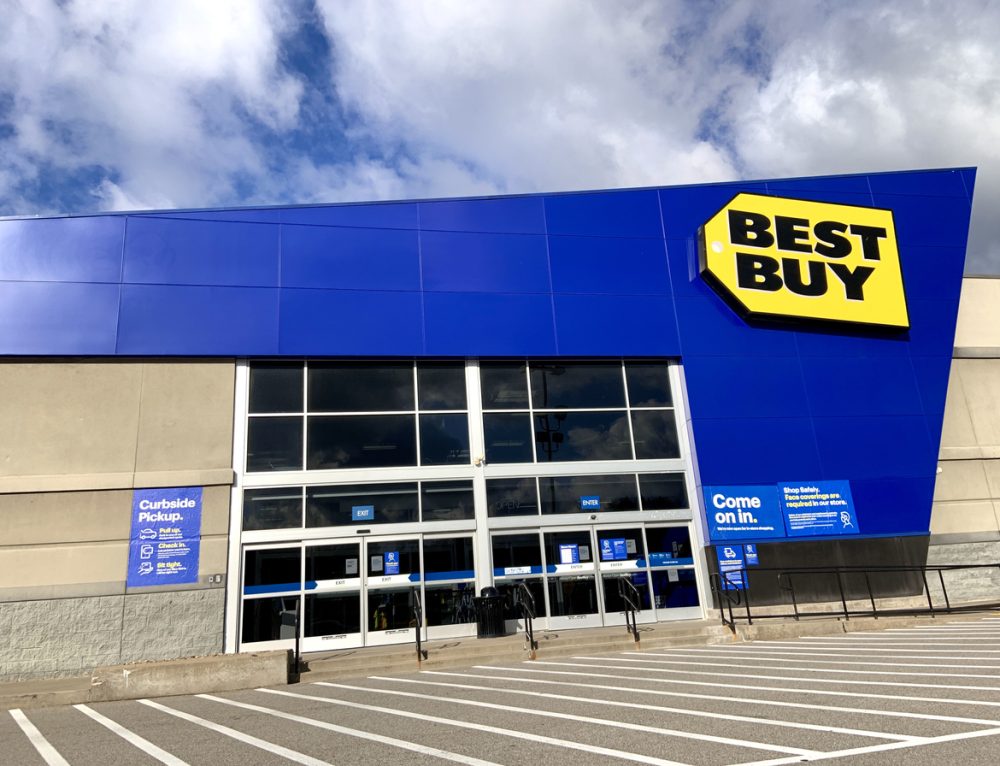 Yesterday, Best Buy opened the first of its new digital-based concept store, which is focused on creating a sleek and simplistic shopping experience while also saving floor space. It’s a 5,000-square-foot storefront that displays a selection of products in home audio and theater, cellphones, wearables and more electronic departments for customers to get a hands-on feel before deciding whether or not to purchase.

Once ready to buy, customers can scan the product’s QR code and employees — known as Blue Shirts — will fetch it from the back storage room and bring it out to complete the purchase. This simplistic and space-saving approach to shopping could wind up being a trend among the retail industry, especially if this concept by Best Buy proves to be successful.

In other news, Shopify announced yesterday that it would be laying off 10 percent of its staff — roughly 1,000 employees —citing a lack of growth prospects. These layoffs will mostly apply to the recruiting, sales and support departments, according to the company’s CEO. This announcement resulted in a stock price drop for the company, but Shopify is still largely profitable and has grown significantly in the last few years. This announcement comes as many other companies — both in the tech industry and otherwise — have slowed hiring..

Lastly, Sono Motors has unveiled the final design of its solar-powered electric vehicle called the Sion EV. The vehicle has been in the works since 2016. Clearly, the eye-catching aspect of this EV is the fact that it is solar-powered, tossing aside the need to stop and charge, let alone fill up on gas. Deliveries do not begin until late 2023, and that’s only in certain European countries. But more important than the product itself is the potential for expanding interest in solar-powered vehicles. Of course, that would rely on companies like Sono Motors being successful and demonstrating a strong demand.

AMD’s Noise Suppression Tool Is Its Answer to NVIDIA Broadcast

Volkswagen Begins ID.4 Electric Vehicle Production in the US