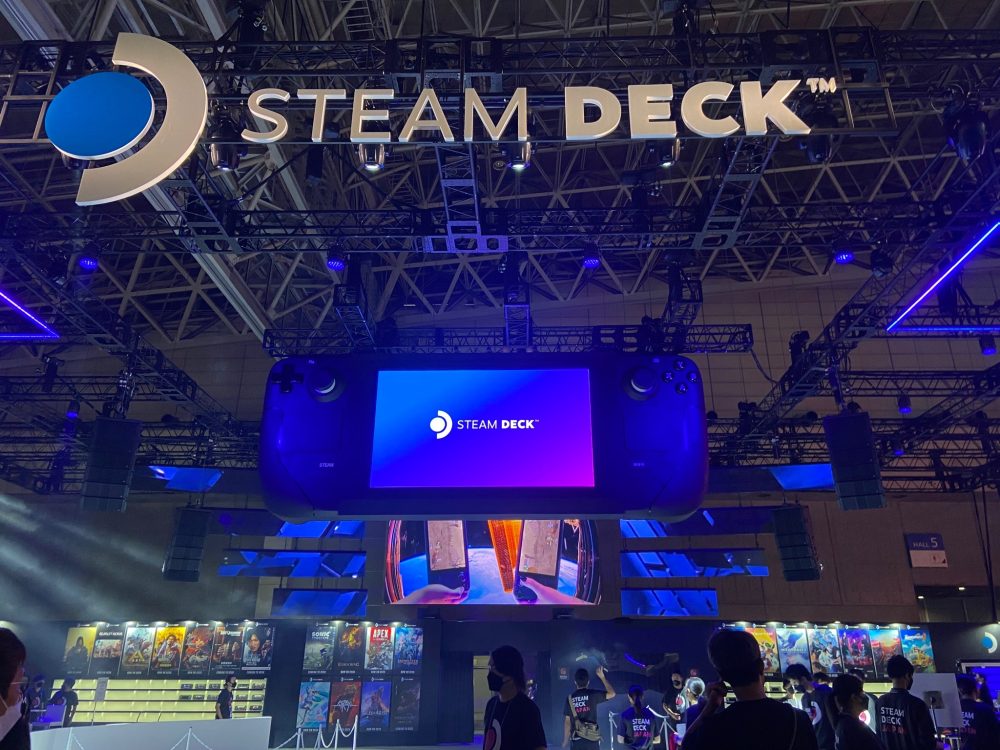 Now that gaming has become more mainstream, new gaming accessories, technology, and consoles are starting to hit the market. These new gaming innovations would have hit the retail market sooner, but due to supply chain issues, some products were delayed. This happened with the popular online gaming platform, Steam, as its Steam Deck handheld console experienced delays that lasted one year. Finally, the wait is over, the people who pre-ordered the console should be receiving one soon, and companies should be prepared for the impact this console could have on the consumer electronics market.

The Steam Deck isn’t like your typical handheld gaming system, it can play PC games, stream gameplay online, and more. The ability to play PC games gives consumers without a PC the chance to play PC exclusive games and they don’t have to use the keyboard or buy a wireless controller to play. When playing games on PC, I prefer to use a controller instead of a keyboard, but the high price of wireless controllers delayed my journey when I tried to get into PC gaming.

As a gamer myself, I am very selective about the types of consoles I want to buy because consoles are a pretty penny. While consoles are fun to play on, they aren’t the easiest devices to travel with and require a TV to run games. That’s where handheld consoles shine, but they usually rely on game cards or have very small storage space for video games. For example, the famous Nintendo Switch Lite only has 32 GB of space for game storage and an SD card slot for those who want to add more storage manually. The Steam Deck currently has three versions, each with different prices and storage space options.

The cheapest option is $399.99 with 64GB of storage and comes with a free carrying case. At first, I thought this wasn’t the greatest deal since mainstream games take up large amounts of space. For example, popular games like Dragon Age, Pokémon, Breath of the Wild, Animal Crossing New Horizons, and more take up more than 10 GB of storage space. Meaning that gamers that play mainstream games won’t have enough space for more than 5 or 6 games, but for people who enjoy Indie games, this could be the best option. Indie games are usually smaller and cheaper in the overall price, so for users that play games casually 64GB is enough.

For people who play games more often the next storage option is 256 GB. This is a big jump from 64GB and the price is $529.99, a $130 difference. If consumers choose this option they will get an exclusive Steam community profile bundle, a carrying case, and an NVMe SSD, which will give the Steam Deck a faster processing speed. This means that games will load faster and data can be transferred faster. This option in my opinion is best for gamers that are constantly streaming their gameplay or play a wide variety of games.

Lastly, the largest size option available is the 512GB at $649.99. This option is best for people who heavily play mainstream games because they won’t have to worry about storage space, but it does come at an expensive price. I assume that most gaming streamers would be attracted to this option the most. 512GB should be enough storage, but if consumers want more they will have to wait for the company to offer more storage options.

While the Steam Deck does look promising, it’s still unknown how consumers on a global scale will react to the new handheld console. Also, this is the first handheld device put on the market by Steam so there might be a few kinks that still need perfecting. One feature I’m excited to see is how users can change their control settings without having to exit the game they are currently playing. I change my controls when I play PC games constantly because not all games have the same control commands, so this feature is a huge time saver for me. With the rising growth of the PC game market, the Steam Deck is a great investment for PC gamers that don’t have the time to game at home. It also gives gamers who don’t have a PC, the chance to play games that are exclusive to PC or a certain consoles. If there are little to no problems with the device once it hits the market, the Steam Deck could change what consumers expect for handheld gaming consoles in the future.