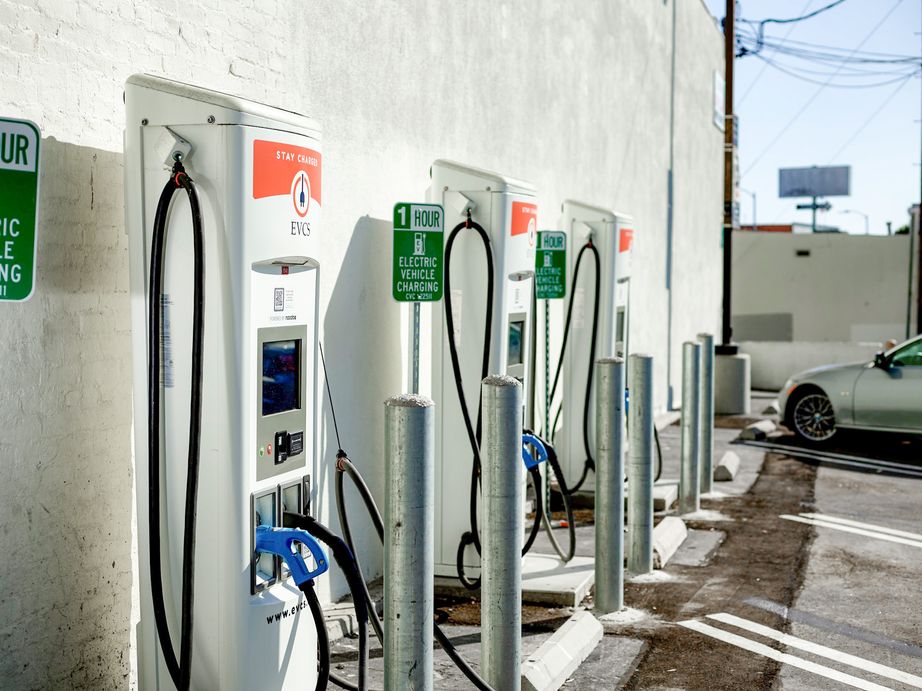 With the sale of electric vehicles charging ahead and gas prices soaring, what the U.S. needs now are EV charging stations. So the federal government is helping states to install charging spots every 50 miles on the country’s highways. But that won’t nearly be enough — which provides CE and appliance retailers with an opportunity to capitalize on the situation by installing stations of their own.

“Through hosting a charger, retailers are able to capitalize on the growing trend of electric vehicles, while also actively showing that they’re committed to sustainability,” explains Gustavo Occhiuzzo, co-founder and CEO of charging company EVCS. The company recently collaborated with LA Fitness to install stations at its locations in Southern California. “It shows forward-thinking leadership,” said Occhiuzzo.

With states receiving $5 billion over five years to build out charging stations on interstate highways, the federal government hopes to encourage the transition to EVs. (Another $2.5 billion will go to rural infrastructure.) And there are plenty of network operators hoping to lay down as many charging stations as possible. Network companies include Blink, ChargePoint, and EVgo in the U.S., which currently only has about 46,000 public EV charging stations with approximately 120,000 individual charging ports, according to U.S. Department of Energy data. So EV sales-roaring automakers are anxious to build out the network, as well.

Worldwide, car companies sold 6.6 million EVs last year, more than double the number sold in 2020, and more than triple the number sold in 2019, according to the International Energy Agency (IEA). And while soaring prices and chip shortages may have hurt the sales of traditional gas-powered vehicles in the U.S. – down 21.3 percent in 2021 – electric car sales jumped by 72 percent, according to Kelley Blue Book.

“GM is working with nine major charging networks, such as EVgo, to ensure GM EV drivers have access to more than 100,000 charge points throughout the U.S. and Canada,” says a GM spokesperson. With EVgo, GM will be adding more than 2,700 new fast chargers over the next five years. In addition, the company notably just started shipping its Hummer EV, an all-electric version of its road hog SUV. GM is also investing nearly $750 million to expand home and workplace charging. “General Motors believes a collaborative approach is the most effective way to deliver the charging infrastructure needed to accelerate EV adoption at scale,” adds the spokesperson.

Retailers are expected to get in on the action, as well, offering charging stations in parking lots that help relieve so-called range anxiety: the fear that an EV will run out of juice on a long trip. Most EVs have a maximum range of 250 to 300 miles today. Considering that it’s best to recharge before going below 10 percent of power – and that most automakers recommend only charging up to 80 percent of capacity on the road – that puts a serious range limit on EVs, especially during long vacation and weekend road trips.

Fortunately, fast public charging stations can top up a typical EV in around 30 minutes, says Blink President Brendan Jones. That’s potentially 30 minutes of shopping by EV owners attracted by the charging stations. Some retailers are also allowing customers to shop online from their cars while charging and then having their orders delivered to them from the store before their EV is finished.

Most retailers favor arrangements where the network operator installs, owns, and maintains the stations, splitting the revenues with the retailer. That’s probably the wisest arrangement as the technology continues to improve and upgrades have to be made. For example, the highly acclaimed Hyundai Ioniq 5 is able to go from 10 percent to 80 percent battery power in just 18 minutes with a fast public charger – a major improvement over early EVs, and something newer chargers have to support.

So where are the EV charging opportunities? Most of the existing public chargers are clustered in coastal states, such as California and Florida. But there are also a lot of EVs in those states vying for charging spots. California, for example, at the end of 2021 became the first state to see cumulative EV sales top one million vehicles.

So retail looks like the perfect place to fill the EV charging gap, according to EVCS’s Occhiuzzo. “It naturally intersects with where EV drivers are already going,” he says. “It will become more of a focus as high-powered charging stations and high-powered charging capable cars become increasingly common in public spheres and concentrated communities.”